Earlier this year, I commented that semiconductor titan Intel (Nasdaq:$INTC) was my favorite tobacco stock.

I said this tongue-in-cheek, of course.  I am aware that Intel designs and manufactures microprocessors, not cigarettes.  But my point was simply that slow-growth (or even no-growth) investments, such as tobacco stocks, can be wildly profitable under the right conditions:

But most importantly, even if all of these other conditions are met, the stock must be cheap.  Remember, if this is an industry in decline, you cannot pay top dollar for the stock and expect to have decent returns going forward.

Big Tobacco giants such as Altria (NYSE:$MO), Reynolds American (NYSE:$RAI) and Philip Morris International (NYSE:$PM) easily pass the first three conditions.  All benefit from the moats encircling the tobacco business (it would be all but impossible to start a new cigarette company today), all are financially healthy, and all solid dividend payers and growers.

Yet none is particularly cheap at the moment; all trade at a premium to the S&P 500’s earnings multiple.

Big Tobacco’s rich valuations these days are particularly noteworthy because tobacco is not just any run-or-the-mill no-growth industry.  It’s also a vice industry and perhaps, outside of firearms, the biggest of all social pariahs.

In many American cities, cigarette smoking is for all intents and purposes illegal.  Smoking in indoor public spaces like bars and restaurants is not allowed, and in the most aggressive cases (such as New York City) even smoking in outdoor public parks is prohibited.  But even where smoking is less persecuted, it’s not exactly welcome.

And this brings me to the crux of this article.  Princeton professor Harrison Hong and University of British Colombia professor Marcin Kacperczyk published an insightful paper in 2005 titled “The Price of Sin.”

The professors showed that social stigmas against investing in vice industries such as tobacco and firearms cause the stocks of companies in these industries to be depressed due to lack of institutional ownership.  No college endowment fund, foundation, or pension plan wants to be labeled a “merchant of death.”  As a result, vice stocks tend to be priced as perpetual value stocks and thus deliver market-beating returns over time.

New York Mayor Michael Bloomberg certainly seems to think so.  About the only thing he has fought as hard as tobacco is super-sized sodas.  His controversial ban on all sugary sodas larger than 20 ounces in NYC was tossed out in court, but he’s not throwing in the towel just yet.  His war against Coke and Pepsi will be a war of attrition.

And Bloomberg is not alone.  First Lady Michelle Obama has actively campaigned against soda consumption as part of her anti-child-obesity efforts. Calorie counts started appearing in menus a few years ago, and calls for assorted “fat taxes” have sprung up across various parts of the United States and Europe.  Japan—not normally a country associated with an obese population—started measuring the waist lines of its citizens in 2008 and requires diet changes for anyone deemed too fat.

How fat is “too fat”?  Try a 33.5-inch waist line for men and 35.4 inches for women.  I’m willing to bet that most of my readers would fall outside these bounds given that they are well below the American average.

Anti-tobacco laws did not spring up overnight.  It was a gradual process taking place over decades.  Smoking rates declined over time, driven more by changing attitudes than changing laws.

Is something similar happening to soft drinks?  Indeed it would appear so.  U.S. soda consumption fell in 2012 for the eighth consecutive year.  Even more foreboding, consumption per person is at the lowest levels since 1987.

Sales are still strong in emerging markets…for now.  But rising emerging-market incomes will only provide a temporary boost, if tobacco is any indication.  As incomes rise, so does health awareness.

But does any of this actually matter to Coke and Pepsi shareholders?  I made a strong case for slow-growth companies, and both Coke and Pepsi meet my first three criteria.  Both have enormous moats due to their branding power and global distribution (If you’re the investor of a new soft drink, you shouldn’t waste your time; Coke and Pepsi will bury you.) Both companies are financially healthy, and both have long histories of strong dividend growth.  On the dividend front, both Coke and Pepsi are proud members of the Dividend Achievers Index and major holdings of my favorite ETF: the Vanguard Dividend Appreciation ETF (NYSE:$VIG). 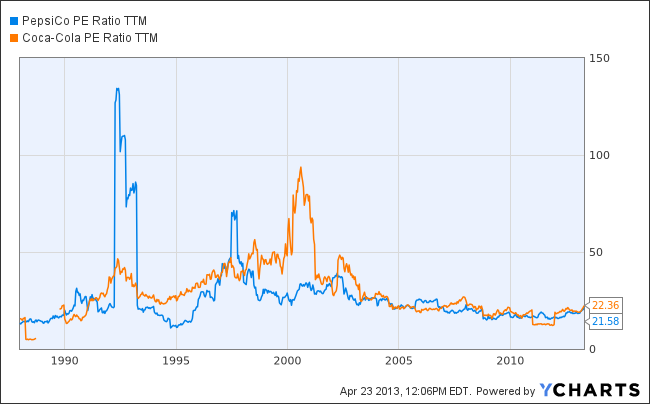 But what about price?  Coke and Pepsi have both seen price/earnings multiple contraction since the go-go days of the 1990s; for that matter, so has the entire U.S. stock market. 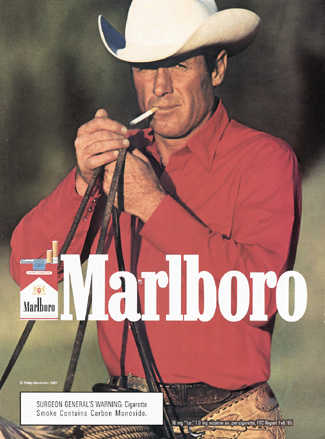 Pricing here is complicated.  Coke has what is by most accounts the most valuable brand in the world, and Pepsi’s brands are also quite valuable.  It is the value of these brands that allows the stocks to trade at premiums to the market even while their core products are seeing weak demand.  But then, 20 years ago, I might have said the exact same thing about the branding power of the Marlboro Man.  Altria still has branding power relative to its Big Tobacco rivals, but this has to be viewed within the context of a shrinking industry.

In other words, I don’t expect Coke’s brand, as iconic as it is, to justify a premium valuation forever.

Bottom line: It would appear that Coke and Pepsi are slowly transitioning into vice stocks, though they are not quite there yet based on valuation.  Both stocks pay solid dividends and have a history of growing their dividends.  But at current prices, I wouldn’t expect either to outperform the market by a wide margin.

And on a final note, I’m going to be a proper Texan by enjoying a Dr. Pepper with my lunch.