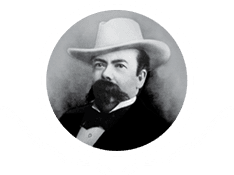 In the whiskey swilling days of my youth, I always preferred Jack Daniel’s Tennessee Whiskey to Jim Beam Kentucky Bourbon. I was far from a whiskey connoisseur, but it just seemed to go down smoother.

Regrettably, I’m not as young as I used to be and, to quote Hank Williams, Jr., “corn bread and iced tea have taken the place of pills and 90 proof.”  All my rowdy friends have, alas, settled down.

Today, when I want a good North American whiskey I’m more likely to pour myself a Crown Royal or a Maker’s Mark on the rocks.  My drinking habits have crawled out of the backwoods and gone bourgeoisie.

The market for North American whiskies (defined for the purposes of this article as Kentucky bourbon, Tennessee whiskey, Canadian whiskey and rye) has been transformed in recent decades.  Following the general trend of other popular spirits, it’s gone upmarket and international.  Most popular brands are owned by a handful of international spirits groups: Beam Inc (NYSE:$BEAM), Brown-Foreman Company (NYSE: $BF-B) and Diageo PLC (NYSE: $DEO).

We’ll start with Beam, which is the purest play on Bourbon.  Beam is the owner of the mainstream Jim Beam brand, as well as the higher-end Maker’s Mark and Knob Creek  and the lower-end Old Crow.  But Beam’s offering are not limited to Bourbon; the company also markets Canadian Club Canadian whiskey, Teacher’s scotch whisky, Sauza tequila, and Courvoisier cognac, among other smaller brands.  And perhaps denting the company’s macho image a little, it is also the owner of Skinnygirl.

Brown-Foreman is best known for one brand—Jack Daniels Tennessee Whiskey—though it too has a diverse lineup of names, including El Jimador tequila, Finlandia vodka and Southern Comfort, as well as several smaller brands.

Diageo is the largest of the three and the least dependent on North American whiskey.  Diageo owns the Crown Royal Canadian whiskey and Seagrams American whiskey brands, though it is far more famous for its Johnny Walker scotch, Smirnoff, Ciroc and Ketel One vodkas, Captain Morgan rum and Jose Cuervo tequila among many, MANY other brands.  Diageo is the largest and most diversified spirits group in the world.

One thing you will quickly notice is that none of the whiskey distillers are cheap.  All trade for well over 20 times trailing earnings, and only Diageo trades for less than 20 times expected earnings for next year.  None are particularly high dividend yielders either, though Diageo can make the proud claim of being an International Dividend Achiever.  (International Dividend Achievers much have at least five years of continuously rising dividends.)

While the high prices are something of a put-off, they are not entirely unjustified.  The premium spirits business has been a rare source of growth in recent years, much of which has been generated by rising sales to emerging market consumers and particularly Chinese consumers.  In fact, Diageo has been a core holding of the Sizemore Investment Letter for years for this very reason.

Beam also beat analyst estimates last week with a blow-out quarter.  Beam has had a good run since its split from Fortune Brands last year, and I expect more good results to come.

Another reason for the lofty valuations is the consolidation that is still taking place in the industry.  Beam and Brown-Foreman are in a sweet spot in that they are large enough to be taken seriously in a cutthroat market yet small enough to still be considered as possible acquisitions by a Diageo or Pernod Ricard.  Beam and Brown-Foreman have market caps of $9 billion and $14 billion, respectively, whereas Diageo weighs in at $72 billion.  Neither would be an easy acquisition for Diageo, but the belief that the company might be interested has been enough to maintain a premium price on the would-be acquisitions.

For investors, it comes down to a very simple question: what are you looking for in an investment?

In Diageo, you have a massive, internationally-diversified group that gets roughly 40% of its revenues from emerging markets.  Though I might prefer to buy it at a slightly cheaper valuation than I see today, this is the kind of stock you can buy, tuck into a drawer, and forget about.  It should be a solid dividend producer (and grower) for decades.

Your motivations for buying one of the other two would be quite different given their relative sizes.  Of the two, I would go with Beam.  In Beam, you have a company that was recently spun off from a larger conglomerate (Fortune Brands) that made no sense, and a management team that is eager to prove what an independent Beam can do.   Hedge fund superstar Joel Greenblatt has written volumes on the virtues of investing in spinoffs, and I am inclined to agree with him.

This is not to say I am bearish on Brown-Foreman, but of the three whiskey distillers discussed in this article I find it to be the least compelling of the lot.