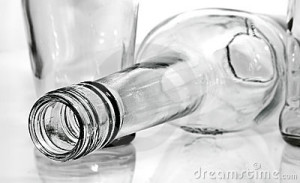 For the past year, it’s been a swinging-from-the-chandeliers party in booze stocks.  High-end alcohol distillers have kept investors buzzed in an otherwise sobering stretch.

Diageo (NYSE: $DEO), the biggest and best diversified of the lot, is up 37% over the past 52 weeks.  But Pernod-Ricard (Pink:$PDRDY) and Beam, Inc. (NYSE:$BEAM) are both up more than 20%, and Brown-Forman Corp (NYSE:$BF-B), the maker of the iconic Jack Daniels Tennessee Whiskey, was up by nearly 35% through early December before backing off recently.

These are fantastic numbers for a mature business like spirits.

In early November, I wrote favorably about booze stocks, noting that “the premium spirits business has been a rare source of growth in recent years, much of which has been generated by rising sales to emerging market consumers and particularly Chinese consumers.” (See “Whiskey Stocks to Burn the Throat”).

All of this is still true, of course.  In fact, with China recovering, it’s truer than ever.

Furthermore, in their branding, high-end spirits companies have major intangible assets that take decades to build and are almost impossible to replicate.  To give an example, in much of South America “whisky” does not refer to a type of distilled spirit.  It specifically means Johnny Walker scotch, and usually Black Label.  This kind of branding power creates incredible barriers to new entrants.

It would be virtually impossible to start a new scotch brand today (see “Diageo: the Ultimate 12- to 18-Year Play”) and this is a fact that is not lost on investors in the sector.

An exception would be high-end vodka, which is subject to trendiness and tends to have trouble building a dedicated clientele.  The “it” vodka at posh bars tends to change from year to year.  There is a reason for this. Vodka doesn’t have to be aged and has no “official” standards.  Anyone with a deep-pocketed marketing team can create a new “premium” brand, mass produce it in a factory, and pimp it at bars a week later.

And let’s not forget that all vodka tastes like water (it’s the only spirit for which “quality” is defined by how watery it tastes), and for most people it’s just something to mix in a cocktail.  I consider it an ingredient for girly drinks that no self-respecting man should ever be seen drinking in public (with the possible exception of a vodka martini, and even then only if your name is Bond…James Bond).  You would never see “Skinny Girl Bourbon,” dammit.  And if we do, I swear I’ll quit drinking.  Forever.

I digress, but my points stand.  Liquor is a fantastic business to be in.

Unfortunately, I can’t say the same for liquor stocks.  At current prices, they are simply too expensive.  Beam, Inc., which was a recommendation of the Sizemore Investment Letter until recently, trades for nearly 30 times earnings.   Brown-Forman trades for nearly 25.

Part of this is due to hopes that Diageo or Pernod-Ricard will make a bid for one or the other (or both) as a way to strengthen their position in the lucrative American whiskey market.  But as I wrote recently,  such a deal would seem unlikely at the moment.  Diageo is busy absorbing some of its other acquisitions of recent years, and Brown-Forman and Beam have market caps of 13 billion and 10 billion, respectively.  That would be a big shot glass to swallow for either Diageo or Pernod-Ricard.

So, you have a buyout premium built into the prices of stocks that are not likely to get bought out anytime soon.  That’s a hard sell.

Diageo itself is modestly overpriced at 23 times earnings.  If you already own Diageo and you have a long time horizon (and Sizemore Capital does own Diageo in some client accounts), I think it is reasonable to hold on and reinvest your dividends.  But at current prices, I would not recommend making any large new investment.

In 2012, we enjoyed the party in booze stocks.  But at this point, I recommend tossing your car keys to the barkeep and catching a cab.  2013 might bring a mean hangover.