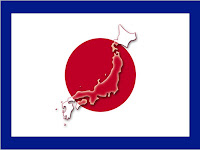 News of Japan’s downgrade will come as no surprise to long-time readers. Japan is slowly dying.

Births have remained below the replacement rate for decades (see Chart 1), and the result has been that Japan is aging alarmingly quickly. In Chart 2 you can see that Japan’s median age has already ballooned to over 45 years old, and by 2050 the United Nations estimates that the median age will be 55. Stop and think about that for a minute. These aren’t just numbers I am throwing around; these are people. The median Japanese citizen will be 55 years old in 2050; this means that fully half of the population will be older.

But not only is Japan aging, it is actually shrinking. Take a long look at Chart 3. Over the past decade, those low birthrates you saw in Chart 1 took their toll. Japan’s population reached what will likely be its all-time peak and then began a gentle decline. But in the decades ahead, that gentle decline starts to look at lot more like a waterfall. By 2050, Japan’s population will have fallen to barely 100 million people, and many of them will be elderly.

Why Is This a Problem?

Whenever we mention that Japan’s population is aging and shrinking, we are often asked why it is a problem. To answer this question, I’m going to turn to a quote from Neil Howe and Richard Jackson from their 2008 book The Graying of the Great Powers: Demography and Geopolitics in the 21st Century:

John Maynard Keynes and his U.S. counterpart Alvin H. Hansen always emphasized the role of population growth in triggering what Keynes called the “animal spirits” of investors. John Hicks, in his famous review of Keynes’ General Theory, remarked: “Expectation of a continually expanding market, made possible by increasing population, is a fine thing for keeping up the spirits of entrepreneurs. With increasing population investment can go roaring ahead, even if invention is rather stupid [pets.com, anyone? —CLS]; increasing population is therefore actually favorable to employment… Perhaps the whole Industrial Revolution of the last two hundred years has been nothing else but a vast secular boom, largely induced by the unparalleled rise in population.”

While I might argue that Hicks is being a bit excessive in claiming the Industrial Revolution is based purely on population growth, his points are valid. Industrialization worked because of economies of scale. Large-scale enterprise was feasible because there were endless supplies of new consumers coming down the pipeline. No entrepreneur would have raised the capital to build a factory if he believed that its utilization would actually shrink year after year. And no bank would have lent him the money!

In the pre-industrial subsistence economy, fewer people meant fewer mouths to feed. In a world of acute scarcity, it meant an increase in the standard of living for those that remained. The pie could be divided into fewer, larger slices. David Hackett Fischer expanded on this idea at length in his 2000 book The Great Wave: Price Revolutions and the Rhythm of History.

Doing exhaustive research of Medieval European prices, Fischer found that periods of falling populations led to greater prosperity, particularly for the poor, and led to greater income equality between the classes. But as Earnest Hemingway once said of one of his old love affairs, “That was a long time ago and in another country.”

Of course, Japan’s demographic woes are not just about shrinkage. It actually gets worse. Populations are not just a number; the composition of the population matters too. Japan’s is changing, growing older at an alarming rate, as Chart 2 made vividly clear.

This cuts to the core of our research. Our behavior as consumers changes as we age. We produce, earn, and spend more every year of our lives into our late 40s or early 50s, when we begin to pare back our expenses and save in earnest for retirement.

Ironically, as bad as Japan’s demographics are, the country’s Echo Boomer’s are likely to keep the economy from deteriorating as badly over the next 5-10 years as the other charts would suggest (see Chart 4). Japan has a large bulge of 35-39-year-olds that are on the verge of entering their peak spending years of their 40s. This generation will not create an economic boom for Japan because there is simply too much demographic baggage weighing the country down. But it will likely prevent the country from falling off a proverbial cliff.

Our prediction? Japan’s relatively stable stagnation will continue for another 5-10 years before the combination of bad demographics and excessive debt causes the country to collapse into a crisis from which it may never recover. Its long history of domestic consensus and tranquility notwithstanding, Japan may well become a failed state.