Hurricane Harvey will likely be the most costly natural disaster in U.S. history. And I say this knowing there is no accurate way to measure to measure the true loss. You can get a rough estimate of damage to homes and other construction and even to personal property. But it’s impossible to estimate the lost man hours and productivity that will plague the Houston area for months (if not years).

Estimates vary, but AccuWeather put the total price tag at $190 billion. That’s enough to knock more than 1% off of U.S. GDP. Really stop and think about that for a minute.

But how does this compare to other famous disasters?

Let’s play with the numbers.

Hurricane Sandy, which ravaged the east coast in 2012, did an estimated $81 billion in today’s dollars. And the Deepwater Horizon Gulf of Mexico oil spill in 2010 (not a “natural disaster,” but I’ll include it for reference) did an estimated $33 billion to $112 billion in damage, though these numbers are little more subjective and include “social costs” of environmental degradation.

What about some of the great disasters from history?

The Great Galveston Hurricane of 1900 utterly obliterated Galveston, Texas, and the city never really recovered. An estimated 6,000 – 12,000 people died and tens of thousands were left homeless. Galveston was a wealthy port city and one of the most important cities in Texas at the turn of the last century. After the storm, it was relegated to a backwater, and Houston became the dominate coastal city. But even adjusting for over a century’s worth of inflation, the total damages to Galveston were estimated at less than $120 billion in today’s dollars. (These figures also include population and wealth normalization, which likely inflate the numbers.)

The 1906 earthquake and fire, which destroyed virtually the entire city of San Francisco, did something in the ballpark of $10 billion in damage.

So, even being very generous to past events and allowing for a wide margin of error, Harvey is likely to be the most expensive natural disaster on U.S. soil in history.

Looking overseas, the great 2004 tsunami, which killed an estimated 250,000 people primarily in South and Southeast Asia, “only” did about $20 billion in damage. While the death toll was vastly higher, the economic damages were small by comparison because the replacement costs of the buildings was much lower.

The 2011 earthquake and tsunami in Japan, which included the meltdown of the Fukushima nuclear plant, did an estimated $260 billion in damages.

So, again, allowing for a wide margin of error, Harvey is the second-most expensive natural disaster in world history.

Houston will rebuild. And perversely, all of this damage will eventually show up as growth in GDP a couple quarters from now (the way GDP is collected, the economy “grows” if you do nothing but smash windows with one hand and replace the glass with the other).

But it’s interesting and sobering to think that our friends, family and colleagues in Houston just lived through the greatest natural disaster in U.S. history and the second-greatest in world history. 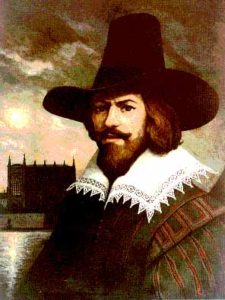 Tomorrow, November 5, is Guy Fawkes Day. While it doesn’t get a lot of press on this side of the Atlantic, it really should. It’s the day that the English remember one of their most notorious villains or one of their most celebrated heroes, depending on their mood or ideological leaning.

In the early hours of November 5, 1605, Fawkes was found hiding under the House of Lords with a cache of explosives large enough to level the entire building. It was his plan to take out the entire government — king, ministers, parliament and all — during the State Opening of Parliament. Now that’s one way to cut government spending!

Fawkes tortured and executed, of course. But he is remembered, in typically dry English humor, as the last man to enter parliament with honest intentions.

Today, the English celebrate Guy Fawkes Night with fireworks displays and by burning effigies of Fawkes or other contemporary political figures… but it’s always a little ambiguous as to whether they’re celebrating the foiling of the gunpowder plot or the spirit of rebellion behind it. But more than anything, it’s an excuse to get blind drunk and light things on fire… something that every red-blooded American should appreciate.

In just a few days, we’ll have a new president elect. I don’t know who will win, but I can say with absolute confidence that they will take office as the least popular president in history. Hillary Clinton set an all-time record this year for “strongly unfavorable” ratings from voters… only to have her record broken by Donald Trump.

This means that our two candidates are quite literally the two most hated political figures in modern history… and that even a large number of the people voting for Trump or Clinton are doing so despite hating them. Few Americans are actually voting for a person they like… they’re voting for someone they despise marginally less.

As tempting as it might be, I’m not going to recommend that you follow Guy Fawkes’ lead by putting barrels of gunpowder under Washington DC and then lighting them on fire. That’s the sort of thing that will get you locked up in Guantanamo for the rest of your life.

But I do encourage you to take a step back and keep it in perspective. Whoever wins on November 8, we’re still going to have to go to work the next day, and we’re still going to have portfolios to manage. And while I can’t stand either candidate, most of their policy points are actually fairly harmless. For all the hysterics, neither is a budding dictator, and the more extreme policy proposals will never survive negotiations with Congress.

So, let’s do this. Tomorrow night, light up your fire pit if you have one, and pour yourself a drink. In English style, make an effigy of whichever candidate you hate more and throw them on the fire. But be happy that, whichever truly despicable person gets elected in a few days, you still live in a free country, and that’s not going to change.

And on Wednesday, the day after this awful election, we’ll get back to the business of making money.

A very happy Guy Fawkes Day to all of the libertarians, anarchists and other assorted good-hearted ne’er-do-wells out there. Don’t get in too much trouble. 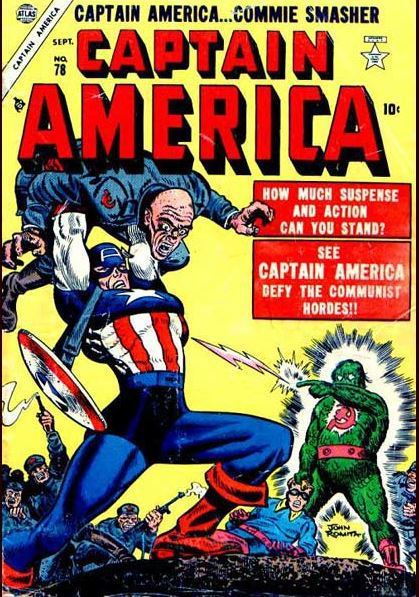 Because the concept of a holiday celebrating the proletariat deeply offends me, I will anti-celebrate Labor Day by working on Monday, if only for a few hours.

It’s a matter of principle, you understand. We don’t have a holiday celebrating the entrepreneurs that take risk, work insanely long hours and actually create new jobs in America, so it’s hard for me to recognize a holiday dedicated to labor.

My ridiculous grandstanding aside, I am looking forward to grilling fajitas and cracking open a Shiner Bock or two.

Enjoy the day off with your families. The market will be there waiting for you on Tuesday. 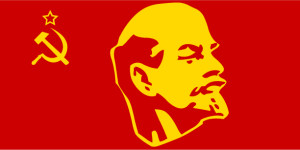 It’s that time of year again.

Tomorrow morning, thousands of adventurous (or phenomenally stupid) young men from around the world will run with the bulls in the streets of Pamplona.

I was one of those adventurous (let’s be honest — phenomenally stupid) young men once (see “¡Viva San Fermin!“). Though it was over a decade ago, I remember it like it was yesterday.

Lest I get teary-eyed, I’ll cut the nostalgia short. Today, we’re going to focus on a very different “running of the bulls.” Among individual investors, it seems there is nary a bull to be found these days. According to the latest American Association of Individual Investors (“AAII”) Sentiment Survey, there are fewer bulls today than at any time since the 2008 meltdown: 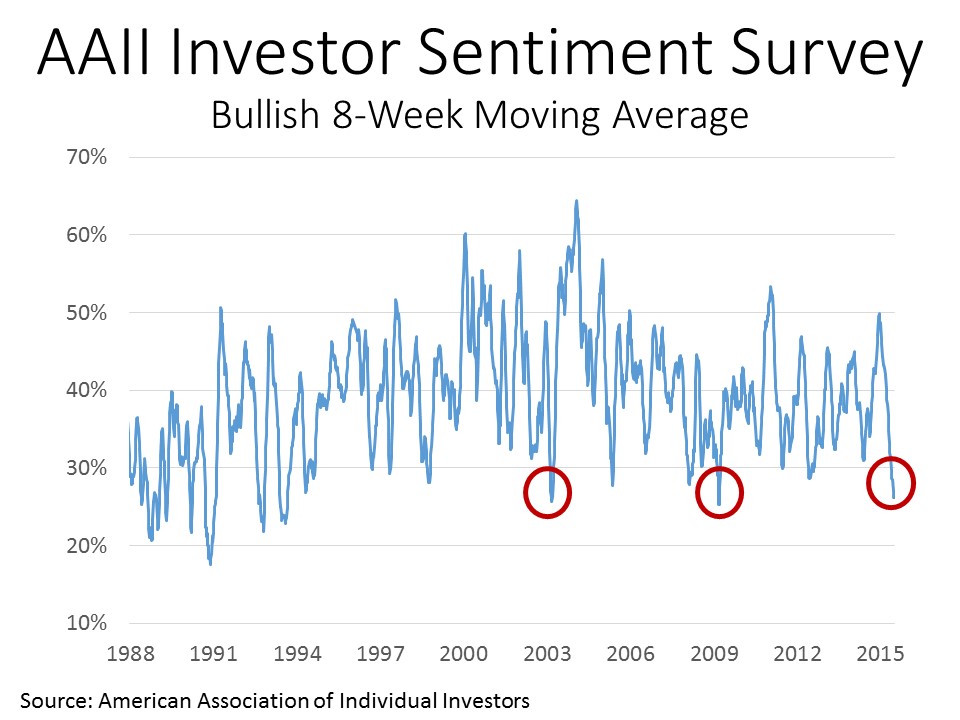 The AAII survey measures the percentage of individual investors who are bullish, bearish, and neutral on the stock market for the next six months. To smooth out the noise a little, I used an 8-week moving average. And as you can see, bullishness is currently at lows you might normally associate with panic bottoms.

The weekly reading shows that just 22.6% of individual investors are bullish about the market over the next six months. To give a little long-term perspective, the long-term average bullishness reading is 38.8%.

While it has become cliche to call this “the most hated bull market in history,” at least by this metric it would seem like an accurate statement.

The AAII Sentiment Survey is viewed by many as a contrarian indicator. Like most measures that depend on investor psychology, it is noisy and doesn’t always give clear signals. But the takeaway here is that the bull market probably has a little longer to run. Yes, stocks are very expensive at these levels and probably won’t offer much in the way of returns over the next 8-10 years. But that doesn’t mean the market can’t continue to drift higher for the next several months.