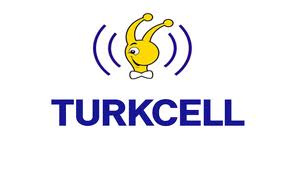 Not to play on stereotypes, but if Turkcell ($TKC) were a government and not a private company, a cabal of stone-faced Turkish generals would have surrounded its headquarters with tanks months ago and forcibly taken over its board of directors.

And if they had, you could bet that the share price would have enjoyed a nice rally. The battle for control of Turkcell’s board—which has prevented the company from paying a dividend in over two years—has exhausted investor patience to the point that a coup d’état (or perhaps a coup de compagnie?) would seem appealing.

Investors may get their way, though alas, there will be no tanks. After a special shareholder meeting scheduled for June 29 failed to materialize, Turkish Transport Minister Binali Yildirim told Reuters that the government may soon intervene in the public interest.

The Turkish state certainly has the grounds to intervene. The Capital Markets Board, the Turkish markets regulator, warned Turkcell earlier in June that it had failed to comply with new rules requiring at least three independent board members. And why is Turkcell out of compliance? Because the two major shareholder factions can’t agree on who qualifies as an “independent” board member, and no one wants to give a vote to the “other guys.” Sigh….

For those new to this little bit of boardroom drama, two major shareholder groups are vying for control of the company, but neither currently has enough votes on the board of directors to prevail. The court cases that have ensued have spanned the globe, even ending up in locales as remote as the British Virgin Islands and Britain’s Privy Council.

The board drama has been a major distraction for the company and has impaired its long-term strategic planning, but it hasn’t slowed down the company’s operating results, which continue to be strong. Turkcell is widely praised for its Western-educated executive team and consistently ranks high among European peers for customer service quality. (Yes, you read that right. I said “European” and not “emerging market.” Turkcell punches above its weight.)

The proof is in the pudding. In the first quarter of 2012, Turkcell enjoyed year-over-year revenue growth of 12.3% and profit growth of 56.0% (see investor presentation).

Even better, the sales mix is shifting in Turkcell’s favor. The company enjoyed 35% year-over-year growth in smartphone sales, with the lucrative data plans that this implies, and the subscriber mix (which, like many emerging market providers, is weighted heavily towards pre-paid customers) continues its shift to post-paid contract customers.

Though the boardroom fiasco is no doubt keeping a lid on Turkcell’s share price, its moves have not been out of line with the broader Turkish market (see chart). Turkcell and the iShares MSCI Turkey ETF ($TUR) have moved in virtual lockstep since hitting a bottom in early June.

Turkcell remains one of my favorite plays on the rise of the emerging market consumer, and I consider the stock to be very attractively priced. Shares trade for just 10 times forward earnings, and the company has very little debt.

The board impasse will be broken—eventually. And when it is, investors can expect a modest dividend windfall.

Until then, they will have to be content with owning an emerging-market gem with great growth prospects trading at a modest earnings multiple. Come to think of it, that doesn’t sound so bad.

If you liked this article, consider getting Sizemore Insights via E-mail.