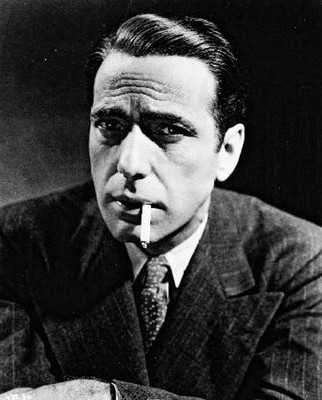 You know you have reached a certain level of immortality when your name becomes a verb, and I can think of no better example than the American actor Humphrey Bogart, perhaps best known for his role in that all-time classic Casablanca.

“To Bogart” a cigarette is to leave it dangling sloppily in your mouth, even when speaking, rather than engaging in proper smoking etiquette by giving it a few puffs at a time and then removing it.  Over the years, the word has also come to mean to greedily hog something.

Today, I would say both meanings of the word are accurate descriptions of investors in tobacco stocks.   Investors  are “Bogarting” cigarette stocks by continuing to hold them at current prices.

First, a little disclosure is needed.  I have been a major fan of sin stocks in general and cigarette stocks in particular for years (see “Not All Sin Stocks are Created Equal” and “Delightfully Sinful Dividend Stocks” as recent examples.

But my enthusiasm for Big Tobacco rested on two big assumptions:

Unfortunately, I cannot credibly say that either of these conditions still hold.  Cigarette stocks have become downright trendy of late as investors have taken to chasing yield in a low-interest-rate world.

Let’s take a look at Philip Morris International (NYSE:$PM), the seller of the iconic Marlboro brand among many others.

For years Philip Morris appeared to be the perfect stock.  It had access to emerging market growth (roughly half its sales) while benefitting from an American listing and top-notch management.   It also paid a dividend far higher than the norm among stable U.S. blue-chip stocks, and that dividend was growing every year.

There’s one little problem here:  Philip Morris International is still a tobacco company.  Its sales may be enjoying a multi-year boost as emerging market smokers trade up from cheaper local competitors to premium Western cigarettes, but worldwide demand for their products is shrinking, and fast.

And perhaps worse, the regulatory noose continues to be tightened.  Consider Australia’s new plain packaging law.  All cigarette boxes for all brands now look identical in Australia.  Cigarettes must now be sold in logo-free boxes featuring nothing more than graphic pictures of people dying of smoke-related illness.  It’s hard to enjoy taking a drag on that cigarette when you’re looking at a picture of a gangrenous foot on the package.

This does not at all bode well for premium brands like Marlboro.  Given that tobacco companies are all but prohibited from advertising, how can a premium brand differentiate itself from the cheaper competition when it sells its cigarettes in an identical box?

Australia has adopted the most aggressively anti-tobacco regime in the world in taking this approach, but other countries are catching up in a hurry.   Russia, the world’s second-largest tobacco market after China, is starting to take tobacco’s health risks seriously.  Russian prime minister Dmitry Medvedev recently said that a ban on public smoking and cigarette advertising t were “just the beginning” of his efforts to stamp out cigarette smoking in his country. Several countries in Latin America have joined this bandwagon as well.

Meanwhile, Philip Morris International’s dividend yield, now 3.9%, is not the great selling point it used to be.  It’s lower than that of the 4.2% offered by blue chip semiconductor maker Intel (Nasdaq:$INTC) and significantly lower than that of most telecom stocks, MLPs and REITs.

Again, unlike the rest of these industries—which are still growing—Philip Morris faces a shrinking market for its wares.  And its stock valuation of 17 times is ludicrous given that Intel trades for just 9 times earnings.

Taking a look at other Big Tobacco giants, the story isn’t much better.  I have a special fondness for Lorillard (NYSE:$LO) because it was one of my most successful trades in history.  I made 40% in all of two weeks (see “Insider Edge in Practice: Lorillard”).

But I wouldn’t be particularly enthusiastic about buying Lorillard today.  Based on current earnings, it actually trades at a slight premium to the broader S&P 500.   Yes, the juicy 5.3% dividend is appealing.  But Lorillard is still a cigarette company selling primarily to a shrinking U.S. market, and it’s hard to justify buying it at a premium P/E ratio.

The same is true of Reynolds American (NYSE:$RAI) and Altria (NYSE:$MO), the granddaddy of all Big Tobacco stocks.    Reynolds trades for a ridiculous 17 times earnings and Altria trades for 15.  Both enjoy yields over 5%.  (In the interests of full disclosure, MO is currently rated a “Hold” in the Sizemore Investment Letter; it’s been a holding of the portfolio for two years, and I’ve been reluctant to pull the trigger and sell because of the taxable gains it would generate.  But I have tightened my stops in MO and am not advising that investors put new money into it.)

Investors have enjoyed a fantastic ride in Big Tobacco stocks, but like a good cigarette (or cigar if you prefer), they will eventually burn out.  This long-time tobacco bull recommends discarding Philip Morris International like a soggy cigarette butt and viewing the rest of the sector with skepticism.  There are better income opportunities elsewhere.