Have you ever noticed that new “premium” vodka brands seem to pop up every other year, yet the quality scotch brands you see on shelves today are the same ones you might have seen in your grandfather’s liquor cabinet?

There is a reason for that. Vodka is colorless, flavorless and can be mass produced from scratch in a matter of days. For that matter, you can make it in your bathtub over a long weekend with basic ingredients from your kitchen.

Making an enjoyable scotch, on the other hand, takes years. In fact, whisky cannot technically be called “scotch” at all unless it has been aged in an oak cask for a minimum of three years.

Of course, if you offer a gentleman a scotch that has only been aged three years, he might take it as an insult. A decent scotch—be it blended or single malt—will generally be aged anywhere from 12 to 25 years or more.

Anyone can start an exclusive new vodka brand given a sufficient pool of capital. Consider the example of Grey Goose. The American billionaire Sidney Frank created the brand in 1997 and sold it to Bacardi just seven years later for a quick $2 billion. Had he opted instead to create a new scotch brand, he would not have lived long enough to enjoy its success. When the late Mr. Frank passed away in 2006, his first batch of scotch would have still needed another 5 years or more of aging to be taken seriously.

This is a significant barrier to entry for would-be newcomers. Imagine an enterprising scotch enthusiast attempting to start his own distillery today. What bank or venture capital firm would put up the money to get a distillery of any size in production given that the company wouldn’t have a sellable product for at least a decade?

Perhaps you could get the enterprise off the ground faster by buying existing aged inventory from a small independent distillery, but this is not something that would be feasible on an industrial scale. At best you would have a small craft business.

This brings me to a recent headline on Diageo (NYSE:$DEO) the British-based international spirits conglomerate and owner of the ubiquitous Jonnie Walker brand. In addition to Johnnie Walker, Diageo owns the J&B scotch, Crown Royale Canadian whiskey, Ketel One and Smirnoff vodka, Jose Cuervo tequila, and Bailey’s Irish Cream brands (among many others) and acts as distributor for the assorted cognacs of Moet Hennessy. 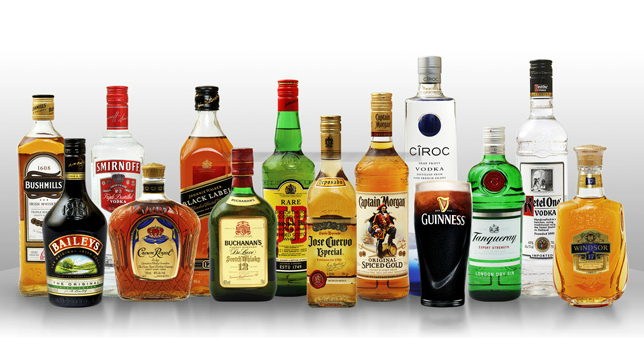 Diageo is investing $1.5 billion to expand its scotch production over the next five years. The news sent shares of Diageo’s stock price higher as investors interpreted the announcement as a bullish call on the company’s future.

Think about it. Diageo’s management must feel pretty confident about the future to expand its scotch operations on a grand scale. While some of the production used for the lower end Red Label line might be available in as little as 3-5 years, it will be at least 12 years before any whisky made in the new distilleries will be eligible to be used in a bottle of Black Label—and nearly three decades before it could be used in a bottle of the ultra-high-end Blue Label.

I have every reason to believe that this optimism is warranted. Over the past 5 years, the company has grown its top-line sales by over 50 percent—and the past five years have been rather challenging for most consumer-related businesses.

Much of this growth has been due to high demand from emerging markets—which already constitute 40 percent of Diageo’s sales and continue to take a bigger slice every year.

Call it the legacy of the British Empire. The United Kingdom controlled 25 percent of the world’s land mass at its apogee, and its influence spread far wider. And everywhere those ambitious British colonials went, they brought with them a thirst for scotch whisky. Outside of the United States—where Kentucky bourbon whiskey and Tennessee whiskey are popular—scotch is generally the only game in town.

As incomes continue to rise in China, India, Latin America and other brand-conscious emerging markets, so do standards of taste. Ordering a premium spirit or offering a bottle as a gift is a sign that you have “made it” in life. This is a long-term macro theme with decades left to run—which is perfect for Diageo’s premium scotch production timeline.

I should also add that Diageo is an International Dividend Achiever, meaning that the company has raised its dividend for a minimum of five consecutive years. I expect Diageo to continue raising its dividend at a nice clip in the years ahead. The stock currently yields 3.0 percent.

I won’t say this about too many companies, but Diageo is a stock that you can buy and forget. I recommend the stock for your core, long-term portfolio—and I also recommend you take the time to enjoy a bottle of Black Label, preferable with full-bodied cigar. And if Diageo performs as I expect, use your dividend proceeds to upgrade to a bottle of Blue Label.