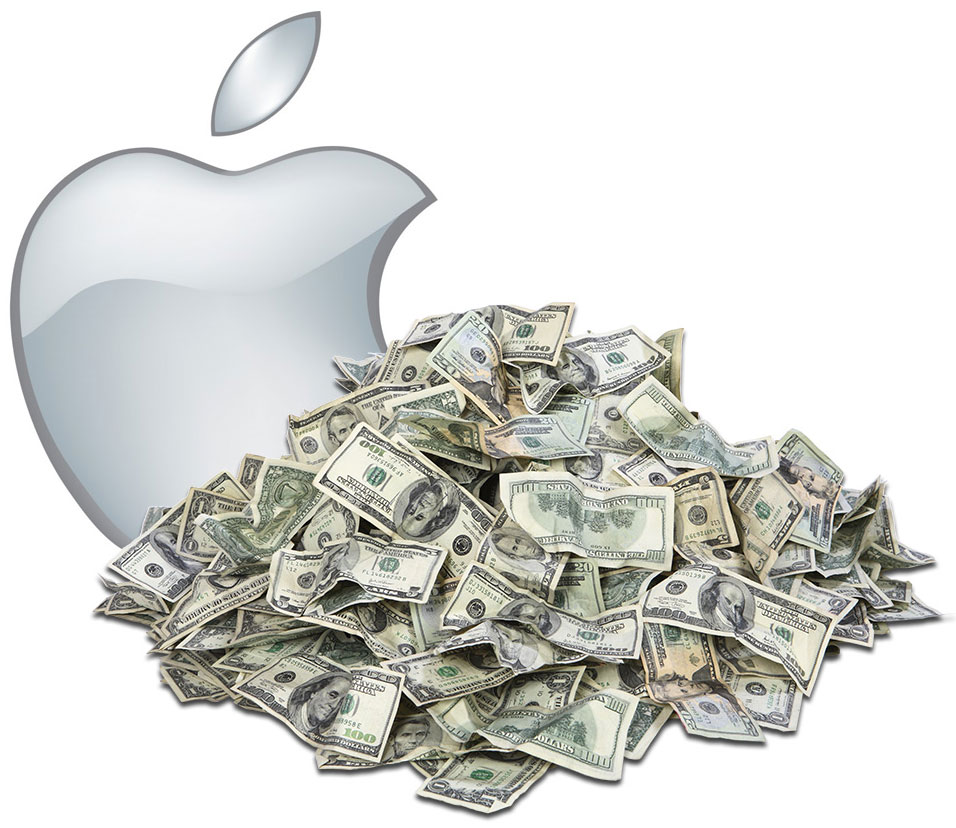 People come from all around the world to see Mount Everest. But if you lived in Nepal and saw it lurking in the distance every day, it might not seem nearly as impressive. You might take it for granted or even dismiss it as no big deal.

That’s really where we are today with Apple (AAPL) and the absolutely gargantuan Apple cash hoard. It’s been so large for so long that no one really pays attention to it anymore. In fact, it seems the most common thing I hear said about the Apple cash stockpile these days is that “it’s really not that big when you take debt and potential taxes into consideration.”

Frankly, that’s ridiculous. Even allowing for a massive tax haircut, AAPL’s cash hoard would rank as one of history largest treasures… a fortune that would make Croesus blush.

As of Apple’s latest quarterly earnings report, the company had $231.5 billion in cash and marketable securities. The Apple cash balance — the gross number, before any debt or tax considerations — would be the 13th-largest company in the world… bigger than Wal-Mart (WMT) and just a hair smaller than Procter & Gamble (PG).

Now, of course, the Apple cash is mostly overseas, while Apple’s $72.4 billion in debt is mostly domestic. Let’s pretend that Apple suddenly got religion and decided it wanted to be debt free… now. And let’s further assume that Apple wanted to move its entire cash hoard stateside because… go America!  And let’s take this one step further and assume that Apple is paying the full 35% U.S. corporate tax rate on the whole pile of money. (None of these are realistic assumptions, mind you, but let’s go through the exercise anyway…)

After taxes, Apple’s $231.5 billion in cash becomes $150.5 billion. That would still put the Apple cash hoard in the top 30 largest companies in the S&P 500… about on par with Phillip Morris International (PM) and just a hair smaller than IBM (IBM), Disney (DIS) and Pepsico (PEP).

And remember, this all assumes the absolute worst case scenario for taxes. Were Apple to actually attempt to repatriate its cash, it would likely negotiate much better terms.

So, yes. The Apple cash hoard is a big deal, no matter how you slice it.

Charles Lewis Sizemore, CFA is the principal of Sizemore Capital Management, a registered investment adviser in Dallas, Texas. As of this writing he was long AAPL.