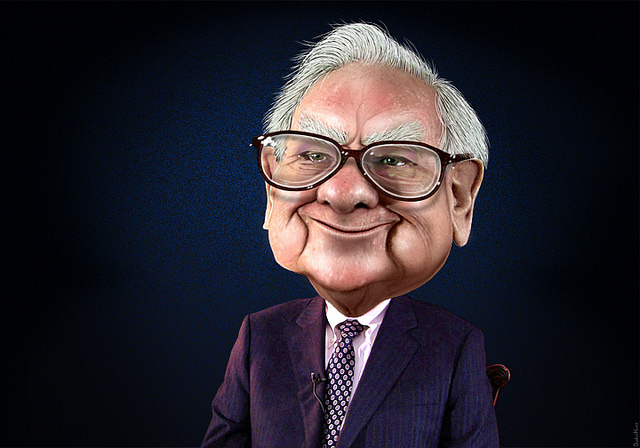 Warren Buffett doesn’t spend a lot of time talking about “the market,” and he certainly doesn’t try to time it. As a “bottom-up” investor that looks at individual companies, that’s not his game.

Or at least that’s what you think. The truth is, Mr. Buffett has had quite a bit to say over the years about “the market.” Buffett is no dummy. He’s well aware that as the market goes, so go the valuations of the vast majority of stocks that make up the market, including his own, Berkshire Hathaway (BRK-A).

I’ll never forget an article he wrote for Fortune in 1999 (see “Mr. Buffett on the Stock Market”). I was a senior in college…and already dreaming of making millions in the stock market. It was the 1990s, and anything ending with “dot com” was an instant goldmine.

When Warren Buffett—a man I considered a hero—had the audacity to say that stock returns going forward would be disappointing, I felt betrayed…even insulted. Clearly the old man had lost his touch.

Naturally, I didn’t listen to the Sage of Omaha…and I lost a lot of money as a result in the crash that quickly followed. It was a lesson well learned.

But Buffett’s words sixteen years ago are every bit as insightful today as they were then. Buffett argued that in order for investors to earn anything close to historical returns in the market the following two conditions would have to hold:

In 1999, Buffett considered both of those scenarios unlikely, though he acknowledged that “If government interest rates, now at a level of about 6%, were to fall to 3%, that factor alone would come close to doubling the value of common stocks.”

Well, rates have obviously fallen a lot further than that, and the market hasn’t exactly doubled from 1999 levels. The market is up about 40% from the old dot-com-era high. But Buffett’s point was well made. Lower rates have allowed for much higher stock valuations.

On the second count, corporate profits, the ever-quotable Buffett wrote:

You know, someone once told me that New York has more lawyers than people. I think that’s the same fellow who thinks profits will become larger than GDP. When you begin to expect the growth of a component factor to forever outpace that of the aggregate, you get into certain mathematical problems. In my opinion, you have to be wildly optimistic to believe that corporate profits as a percent of GDP can, for any sustained period, hold much above 6%.

Well, so much for that. As you can see in the chart, courtesy of the St. Louis Fed, corporate profits have now nearly doubled the levels that Buffett believed to be unsustainable. 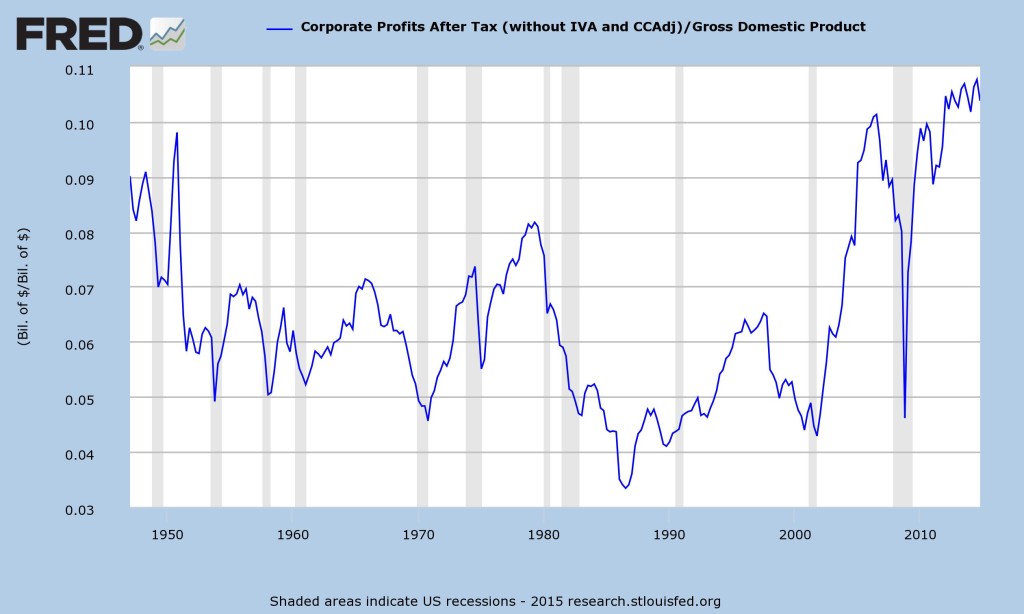 But while Buffett might have been a little off on the numbers, his logic was pretty solid. Companies cannot continue to take an ever-bigger slice of the economic pie. Eventually, this creates political backlash, as we see today. The basic laws of economics also start to rain on the parade. High profits attract competition…which crimps margins and ultimately lowers profits.

Today, market rates across the yield curve are near historic lows. They cannot realistically go much lower, unless temporarily during a crisis. And at the same time, corporate profits as a percentage of GDP are at all-time highs. None of this means the market is due to crash tomorrow, but it tells me that we should have realistic expectations about future returns. A strategy of buying and holding U.S. equities isn’t likely to offer much in the way of returns going forward. If you’re going to earn anything resembling a respectable return, plan on taking a more tactical approach and looking outside your normal comfort zones.

My advice is to focus on absolute returns strategies and on generating cold, hard cash in the form of dividends. To the extent you look for “beta” risk in the market, focus overseas. Valuations are far more reasonable in Europe and in most emerging markets.

Charles Sizemore is the principal of Sizemore Capital Management. As of this writing, he had no position in any security mentioned.