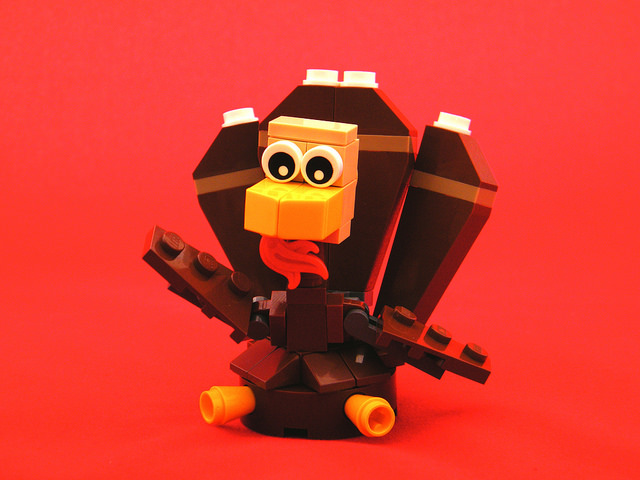 As we’re now just days away from Thanksgiving, I think it’s appropriate to take stock of what we have to be thankful for as investors this year.

Let’s start with the Fed. I, for one, am thankful that we have a Federal Reserve chair that was forward thinking enough to keep rates at zero seven years into an economic recovery. I mean, sure, Janet Yellen and her predecessor Ben Bernanke could have raised rates at some point along the way. But then, we wouldn’t have had massive, multi-year rallies in the stock and bond markets.

We’ll now go into the next recession with very little in the way of monetary policy options… but yay, stock market!

That brings me to bond yields. I am so thankful that near-record-low bond yields have made mortgage rates so low. Sure, low mortgage rates have had the effect of pushing property prices sharply higher… creating the risk that they come tumbling back down to earth once long-term rates eventually rise again. But at least I get the satisfaction of watching my home appreciate in value, and I even get the higher property tax bill to prove it!

I’m particularly thankful for the fine crop of presidential contenders we have this election cycle. Who would have dreamed that, on the Republican side, we’d have a veritable cornucopia of talent, including a neurosurgeon with no experience governing, a reality TV star with perhaps the worse comb-over in history, the former CEO of a failing old-line technology company, and a New Jersey governor who could have passed for an extra on the Sopranos. And on the Democrat side, we have the wife of a former president who’s been associated with four decades of backroom deal making and scandal, a self-professed socialist, and a man who championed a tax on roofs and driveways.

I’m thankful that, no matter who wins, we’ll clearly have competent leadership in the White House.

And I’m also thankful for the plunging price of crude oil. Sure, the collapse in oil company profits gave us back to back quarters of declining S&P 500 earnings and three consecutive quarters of S&P 500 revenue declines. And within another quarter or two, we might very well have the biggest string of bond defaults since 2008-2009 due to bankruptcies in the oil patch. But at least I’m paying a nickel or two less per gallon of gasoline!

On a serious note, we actually do really have a lot to be thankful for this year. Spend time with your families and friends this week, and enjoy eating just a little too much. And pumpkin pie…I give thanks for that every year.

Just do yourself a favor and turn off the news for a few days. You’ll be thankful you did.