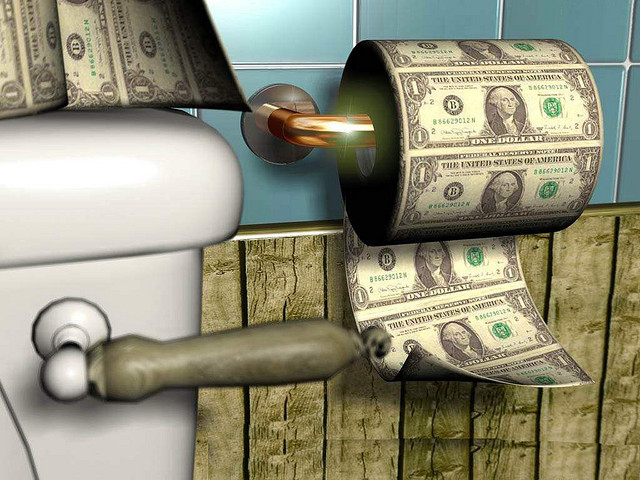 What goes up must come down. Those were the words Sir Isaac Newton used to describe the forces of gravity, but more often than not, those words also can be used to describe highflying momentum stocks.

When a momentum stock gets hot, valuation doesn’t matter — at all. Price becomes completely divorced from value. If you’re an aggressive trader, that’s OK. Your holding period is likely only weeks…or maybe even days.

But herein lies the key. You have to know when to sell. Because if you hang on too long, all of those outsized gains can disappear in a hurry, and you can be left nursing some nasty losses.

Consider the case of Chinese stocks. Between March and June, the Deutsche X-trackers Harvest CSI 300 China A-Shares ETF (ASHR) jumped by nearly 55%. By late August, it has given all of those gains back … and then some.

Today, we’re going to look at five stocks that have, at least until recently, been racking up significant gains. If you own any of them, you might consider selling them, or at the very least, tightening your stop losses.

Sure, they could go higher. But at current prices, there would seem to be a lot more downside than upside.

I’ll start with streaming content pioneer Netflix (NFLX). I love Netflix. I’ve been a customer for years, and I have nothing but respect for CEO and founder Reed Hastings. Hastings is a true visionary who was willing to effectively destroy his original business — renting DVDs by mail — to create something bigger, better and far more revolutionary: streaming movies and TV shows over the Internet.

Hasting and his team have fundamentally changed the way we consume content, and they’ve created fantastic original content of their own. I now spend far more hours watching Netflix than I do watching traditional TV. And they’ve managed to do all of this while charging their customers a negligible $7 per month.

But no matter how much I love the company, I just can’t love NFLX stock at today’s prices. Netflix trades for 7.5 times sales and 425 times next year’s expected earnings. Not surprising, given that the stock has more than doubled this year.

It’s hard to justify paying a premium like that for a stock with a $49 billion market cap. This is no longer a startup company, and subscriber growth — particularly in the U.S. — will start to trail off soon. And while Netflix is still light-years ahead of its competition (traditional cable TV) in terms of convenience and elegance, its competitors are not sitting still. Hasting recently admitted that “TV everywhere” apps were a budding competitive threat to Netflix.

Let’s forget about tech stocks for a minute and talk burritos.

Chipotle Mexican Grill (CMG) has been one of the great growth stories of the past two decades. Riding the wave of consumer tastes away from greasy burger joints and towards healthier “fast casual” dining, Chipotle has quickly evolved from an unknown burrito shop to an indispensable part of the American diet.

I love Chipotle. I eat there multiple times per week. And if I had a location closer to my house, I would probably eat there daily. I barely remember what my diet was like pre-Chipotle.

But as much as I love the burritos, I can’t say I love CMG stock. And it has absolutely nothing to do with the E. coli crisis currently catching the headlines. Given enough time, every restaurant will eventually have to deal with a food poisoning scare, and from the looks of things, Chipotle’s management is being exceptionally proactive in getting ahead of the crisis.

No, what concerns me is price. CMG’s performance is just -11% for the year-to-date, thanks in large part to a major correction around earnings and the E. coli scare. But investors in for a couple of years still are sitting on substantial gains, as well as an expensive stock that’s trading for 37 times earnings and 30 times forward estimates.

While that might not look exceptionally expensive compared to Netflix, it’s quite pricey for a restaurant. And CMG simply isn’t growing fast enough at this stage of the game to justify it. Last quarter, revenues grew at a 12% clip.

Buy the burritos. Sell the stock.

Along the same lines, we have former highflier Buffalo Wild Wings (BWLD). I say “former” because this former momentum darling has clearly lost its momentum. As recently as September, it was trading at over $200 per share. Today, it barely fetches $150.

But here’s the thing: I expect more downside to come.

This was a classic fad stock that rode the wave of popularly of chicken wings. Hey, I get it. Who doesn’t like eating a plate of chicken wings with a beer while watching a football game?

The problem is that this is now a saturated market. There is a beer-and-wing joint at every intersection, and there is nothing special or unique about Buffalo Wild Wings’ offerings that would distinguish it from competitors such as Wingstop (WING).

Meanwhile, BWLD is a very expensive stock. Even after the decline, Buffalo Wild Wings still fetches a P/E ratio of 32. Ditch this former highflier before its wings get clipped.

Instinctively, I hate betting against a guy like Elon Musk. He’s one of the smartest capitalists walking the earth today, and I have a lot of respect for what he’s accomplished with Tesla Motors (TSLA). Just a few years ago, electric cars were “geeky.” They didn’t have cachet, and they certainly couldn’t compete with a Corvette in terms of performance.

Kudos to Musk for giving us an eco-friendly electric car that can go 0 to 60 in 2.8 seconds.

But no matter how impressed I may be with Tesla’s cars, I can’t quite get on board with the stock price. Tesla currently trades at a forward P/E ratio of 114 and at 8 times annual sales. To put that in perspective, BMW (BAMXY) trades for 0.7 times sales.

Yes, you read that right. Tesla is literally 10 times more expensive than BMW.

That’s ludicrous. Yes, Tesla is growing at a faster clip, and Tesla is more than just a car company. It’s also a maker of high-end batteries with a variety of uses. But anyone in their right mind credibly say that 8 times sales is a reasonable valuation when high-end rivals trade at a fraction of that?

If you like cool cars, buy a Tesla. If you want a cool stock that you can talk about over the water cooler at work, then I suppose TSLA is good for that too.

But if you want a stock that is likely to generate solid returns over the next few years, you should probably look elsewhere. Starting at today’s prices, it’s not going to happen with Tesla.

Next up is Netflix’s streaming competitor — and all-around retail champion — Amazon.com (AMZN). Last quarter, Amazon did something that took a lot of investors (myself included) completely by surprise. It actually turned a profit!

While Amazon’s revenue growth over the past 20 years has been incredible, it’s never really turned a profit. Founder Jeff Bezos has been more than happy to sacrifice profit margins in the interest of expanding his empire, and he’s done a fantastic job. Amazon has evolved from being the “Walmart of the web” to being a leader in digital video and music distribution and cloud computing. Along with Microsoft (MSFT) and Alphabet (GOOGL), Amazon is putting the screws to legacy rivals like IBM (IBM) with its Amazon Web Services.

The thinking has always been that the profits would start flowing once Amazon reached a critical size and wasn’t forced to plow as much cash back into its businesses. And that day might finally have come.

There’s just one problem. Investors have already wildly bid up the stock price in anticipation. Amazon trades at a forward P/E of 116. And while this metric might be a little skewed by Amazon’s thin profit margins, Amazon also trades for 3 times sales. To put that in perspective, Walmart (WMT) trades for 0.4 times sales.

I know, I know. Amazon is more than just a retailer like Walmart. It’s a revolutionary tech leader. I get that. But investors are still paying an exorbitant price for Amazon shares. Don’t get sucked in here.

Charles Lewis Sizemore, CFA, is chief investment officer of the investment firm Sizemore Capital Management and the author of the Sizemore Insights blog. As of this writing, he was long MSFT.