If you cannot see the embedded audio player, the track can be found here.

It’s all about Europe. With earnings season largely over and the United States distracted by the upcoming presidential election, the only news likely to move the markets over the next month will be coming out of Europe.

Late this week, the European Central Bank will be having a press conference that many market watchers hope will shed a little light on ECB President Mario Draghi’s long-delayed bond purchase program. And less than a week later, Germany’s constitutional court is scheduled to deliver a ruling that could single-handedly torpedo the entire European project.

Like it or not, the fate of the world economy depends on a ragtag collection of technocrats, politicians, and wonkish legal experts. As heroes go, they are not quite on par with the Avengers or the Super Friends, but they are unfortunately all we have.

Let’s take a look at the major players and the roles they have to play in the weeks ahead. 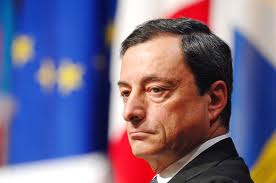 The man who claimed he would “do whatever it takes” to save the euro and stated with rhetorical flourish, “believe me, it will be enough,” is the single most important person right now in the Eurozone crisis. As the guardian of the ECB’s proverbial printing press, he’s the only person with a big enough “bazooka” to blast confidence back into the market.

The buoyancy in global equity and bond markets over the past two months is largely a bet that Draghi will deliver on his promise. You can bet that every sentence in his Thursday press conference will be picked apart with a fine-tooth comb for clues as to his plans.

The growing consensus, based on comments by Draghi and others, is that the ECB will buy virtually unlimited amounts of troubled-country bonds in the secondary markets once the countries in question formally request aid from the Eurozone bailout funds and submit to any conditions for reform or budget austerity (even if some of the conditions are symbolic).

#2. Jens Weidmann, President of the Bundesbank 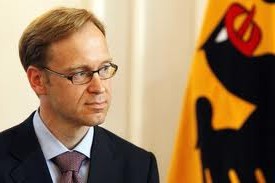 But Mr. Draghi will not use a single euro to buy periphery country debt if Jens Wiedmann has anything to say about it.

Weidmann is president of the German Bundesbank, the single most powerful national bank within the Eurozone system, and a leading member of the ECB’s governing council. He’s also the most vocal high-profile critic of Draghi’s bond-buying plans, arguing that such operations are an illegal funding of member states’ budgets and a major overstepping of the ECB’s mandate.

Sure, Mario Draghi can act over Weidmann’s opposition. But given the Bundesbank’s influence within the system, it won’t be particularly fun or easy. Much of Draghi’s stalling in recent months has been due to his need to get the Bundesbank on board. His success or failure on this count remains to be seen. 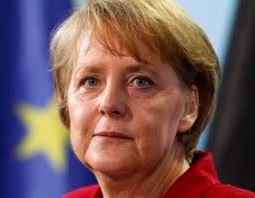 Next on the list is Germany’s iron lady, Chancellor Angela Merkel. As the elected leader of the most powerful economy in the Eurozone—and the one country strong enough to backstop the assorted bailout schemes—Merkel is second only to Draghi in importance to the Eurozone right now.

Ms. Merkel has two very different voices whispering into her ear. From one side, she hears the pleas of her fellow European heads of government asking for assistance in the cause of the greater European good. But from the other side she has the stern voice of German Finance Minister Wolfgang Schäuble demanding austerity as both a means to an end and the end itself.

The result has been predictable: paralysis and indecision. Merkel’s heart tells her to support Draghi’s attempts to do “whatever it takes” while her conscience—and her angry voters—tells her that this only rewards bad behavior and that the only force that will incentivize Europe’s problem states to get their acts together is the constant threat of bond-market meltdown.

As an elected political leader (rather than an appointed technocrat like Draghi and Weidmann), Merkel has a responsibility to explain to her citizens what is at stake, and on this count she has most assuredly failed. The sooner the chancellor learns how to actually lead rather than follow the often contradictory whims of her voters, the sooner we will be to finding an end to this crisis. 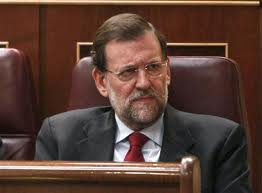 After campaigning for the job for three election cycles, one might wonder if Mr. Rajoy regrets taking the job of prime minister. It has, no doubt, proven to be a thankless one. With roughly a quarter of the Spanish population out of work and forced government spending cuts starting to bite, Mariano Rajoy is not a popular man in his home country.

As the leader of the country currently at the center of the crisis, Rajoy is one of the key players. But unlike his German counterpart Angela Merkel, Rajoy is not in much of a position to actually act at the moment. He deserves credit for forcing through deeply unpopular austerity measures and negotiating quite favorable terms in the initial stages of the bank bailout talks. But in the end, his country’s fate lies in the hands of the ECB and Germany.

The key question for Rajoy will be if (or more likely when) he will formally request a state bailout. The delicate negotiations that follow will determine whether Spain and the Eurozone are stabilized or whether the entire system rips apart at the seams. We shall certainly see whether the mild-mannered Rajoy is up to the task.

Most readers will have never heard of Andreas Voßkuhle, and if there are no major complications on September 12, he may remain all but anonymous for the rest of his life, at least outside of Germany. But if his becomes a household name, you will know that something went terribly, terribly wrong.

September 12 is the date on which the German court will decide whether Germany’s participation in the Eurozone bailout facilities is legal under Germany’s constitution, known as the “Basic Law” (see “What Keeps Me Awake at Night”).

Most observers expect the court to more or less toe Angela Merkel’s line and acquiesce to the Eurozone bailout facilities, with perhaps a few conditions and caveats added in for good measure.

But if Mr. Voßkuhle and his fellow judges rule that German participation is unconstitutional, then two years’ worth of painful negotiations go out the window and we go back to square one. I would see a global meltdown on par with post-Lehman 2008 as being virtually guaranteed at that point, and I do not believe that the euro would survive in any form that we would recognize.

I doubt whether Mr. Voßkuhle wants that on his conscience, and I am betting that the court rules favorably. But you can bet that I’ll be sitting on the edge of my chair when the ruling is announced.

Listen to Charles Sizemore discuss European Central Bank President Mario Draghi’s market-moving comments, the impact on America of the aging of the Baby Boomers, and the best areas for investment for the remainder of 2012 on Mike Robertson’s Straight Talk About Money.