I commented in a previous article that “if you think that Fed Chairman Ben Bernanke is unpopular, consider the tragic case of Takahashi Korekiyo, who served as Bank of Japan governor from 1911-1913 and as finance minister and prime minister in the 1920s and 1930s.”

Mr. Takahashi helped to pull Japan out of the Great Depression with aggressive monetary stimulus (or “quantitative easing,” in the popular jargon of today) and deficit spending. Unfortunately, like a man who joins the mafia, he found that he couldn’t get out. The Japanese economy had become dependent on stimulus, and when Mr. Takahashi finally decided to risk it by tightening monetary policy and cutting government spending, he was assassinated by a group of rogue army officers.If you have a case regarding those subjects you’ll need to consult with a drug lawyer to represent you in criminal defense against nearly any criminal charge, including those related to drugs. 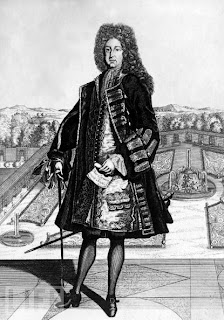 Ben Bernanke is at little risk of meeting such a fate, though there are certainly plenty in Congress who would love to assassinate his career. If certain members of the Tea Party had their way, the Chairman might meet the fate of John Law, the Scottish adventurer who, as France’s first central banker, became the most powerful man in international finance—and the wealthiest man in the world—before having to flee penniless into exile and obscurity.

Law presided over one of the great financial spectacles in history: the Mississippi Land Scheme, which was aided and abetted by the creation of the first modern central bank in Europe, the French Banque Generale (later re-christened the Banque Royale). Law was an interesting character; a gentleman gambler with a taste for wealth, wine, women and power. His financial career began in the gaming halls of Europe after escaping a death sentence in England for killing a man in 1694, allegedly over the affections of a woman.

One might ask, how did this murdering degenerate come to control the financial destiny of France, then the most powerful nation in Europe? It was a long, circuitous path.
END_OF_DOCUMENT_TOKEN_TO_BE_REPLACED