The Irish are fleeing Ireland at the fastest rate since the Potato Famine.

Think I’m exaggerating? I assure you I’m not.  Recent data had one person leaving the Emerald Isle every six minutes.

Since the onset of the financial crisis, nearly 400,000 people have left Ireland.  That may not sound like much at first, but the population of the entire republic is only about 4.5 million.  That means one out of nine Irishmen has left the country in just the past five years.

Some wandering Irish have since found their way back home, but the flow remains unmistakably outward.

This may sound counterintuitive, but I consider the Irish willingness to wander a source of strength, and it is a reason why I expect Ireland will eventually emerge from Europe’s sovereign debt wreckage in better shape than some of the other hard-hit countries such as Italy or Spain.  Let’s consider a few demographic points.

To start, even after years of crisis, the Irish have maintained a much higher birthrate than their Catholic brethren in the Mediterranean.  Ireland has the highest birthrates in the European Union.  Interestingly, nearly a quarter of babies born in the republic were to mothers born outside the country—this gives you an idea of how cosmopolitan Ireland became during the high-immigration boom years.

Putting numbers to it, Ireland’s total fertility rate for 2011 (the last year for which there is final data) was 2.1 babies per woman.  In both Spain and Italy, the number was 1.4 babies per woman.

Aside from being interesting factoids for cocktail conversation, why does this matter?

It matters because the babies born today are the workers and—even more importantly—the consumers of tomorrow.   A country without a healthy birthrate is a country without a future.  The modern consumer economy depends on a steadily increasing supply of consumers to function; it’s hard to run a business when your pool of potential customers gets smaller every year.  Look at urban wastelands like Detroit—which has seen outward migration for decades—and you’ll see what I mean.

But didn’t I just say that Ireland is hemorrhaging people?  I did.  But those stats did not tell the entire story.  Yes, nearly 400,000 Irish have left the country.  But about 277,000 of them have returned or have been replaced by new immigrants.  And as Ireland’s unemployment rate continues to tick downward, I expect many of the young Irish who left to work in the UK, Canada or Australia to make their way back home, and bring with them the skills and experiences they picked up while abroad.

This won’t happen tomorrow.  But ten years from now, the Irish workforce may be the envy of Europe.

All of that is great, but what does any of this have to do with money and investing?

To start, Irish stocks have quietly been enjoying a bull market as the country works its way out of its long recession.  The iShares MSCI Ireland ETF (EIRL) is up over 40% in the past year.

I’m not suggesting you go run out and buy Irish stocks today.  The overall Irish market is far too heavily concentrated in basic materials for my liking.

But I would definitely recommend keeping an eye on Ireland as a hotbed for innovation in the years ahead.  This is the country that revolutionized European air travel with Ryanair (RYAAY), the European equivalent of America’s cut-rate Southwest Airlines (LUV).  Ireland’s demographic convection current of constant inward and outward migration gives it an intellectual and commercial vitality you would normally expect to see somewhere like Silicon Valley.

Think about that over your next Guinness.

Charles Lewis Sizemore, CFA, is the editor of the Sizemore Investment Letter and the chief investment officer of investments firm Sizemore Capital Management. As of this writing, he had no position in any stock mentioned. Click here to learn about his top 5 global investing trends and get your copy of “The Top 5 Million Dollar Trends of 2013.”

Listen to Charles Sizemore talk about the Cyprus crisis and what it means for investors on Mike Robertson’s Straight Talk Money:

If you cannot view the embedded media player, please follow this link. 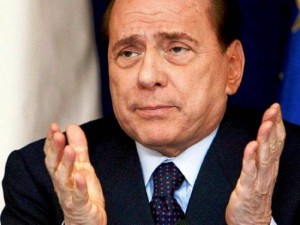 Part of me really missed the guy.  There was something naturally endearing about Silvio Berlusconi.

Perhaps it was his ability to charm women 50 years his junior or his complete disregard for the conflicts of interest involved with being your country’s national leader and one of its richest men and the owner of its most influential media group.  Or maybe it was his willingness to change the laws of his country on a regular basis to protect himself from criminal prosecution or the fact that he ruled Italy—the third most powerful country in continental Europe—like a mafia don.  Through it all, naughty ol’ Silvio seemed to prove that, with a few winks and nods, a ton of money and a total lack of shame or scruples, a guy really could have everything he wanted in life.

On a serious note, I was not happy to see Mr. Berlusconi reappear on the political stage. It is a potential disaster for Italy, the Eurozone, and investors around the world.

Berlusconi’s party withdrew its support for Italy’s technocratic prime minister Mario Monti—the one political figure in Italy that both the international bond market and the other leaders of Europe took seriously—prompting Monti to turn in his resignation over the weekend.

Not surprisingly, Italian stocks sold off Monday morning — the iShares MSCI Italy Index (NYSE:$EWI) had lost more than 3% before recovering slightly by midday — the euro fell, and Italian bond yields shot up.  And across the Mediterranean, Spanish stocks fell, and Spanish bond yields rose.

The market is not happy about Silvio Berlusconi’s return.  The fragile peace we’ve had for much of the past year has been due to a belief that we finally had an adult running Italy.  Bond yields had been steadily dropping as a sign of confidence in Mario Monti and his austerity reforms.  An Italy without Monti is the same dysfunctional Italy that ran up debts of 120% of GDP while showing no real GDP growth in over a decade…proverbially fiddling while Rome burned.

Berlusconi will not win the upcoming election.  His party is a tattered mess, and most Italians are sick of the man.  And Mario Monti may yet stage a comeback, either as the head of a centrist movement or as a finance minister in a center-left government headed by Pier Luigi Bersani.

But Berlusconi’s presence is enough of a distraction to have the markets worried.  My fear is that he rattles the bond market out of its complacency and creates another self-reinforcing cycle of loss of confidence leading to higher yields and vice versa.

It’s too early for me to recommend dumping European stocks just yet.  Thus far, the market seems to have confidence in ECB President Mario Draghi’s ability to keep the entire dog and pony show together with creative monetary policy, and Europe’s leaders are slowly muddling through to a political solution to the debt crisis.  But given the ability of investor sentiment to turn on a dime, I would recommend tightening stop losses.  Or at least start keeping a closer eye on your European stock holdings.

September 18, 2012 was a noteworthy day for students of history.

King Juan Carlos of Spain stepped into the political fray for the first time in more than 30 years, calling on all Spaniards to stick together during the hard times in front of them and to avoid chasing unrealistic pipedreams (those who can read Spanish can view his letter here).

The King’s comments were his most direct involvement in Spanish politics since he intervened in 1981 to prevent a mad, machine-gun-toting colonel from taking over the government.

Today, no one is walking into Spain’s parliament building and spraying the ceiling with bullets, but the King’s letter is telling.  Spain—and much of the rest of peripheral Europe—is mired in a cycle of debt-necessitated austerity and economic contraction that has created the worst crisis in decades.  Europe is a mess.

For all of the optimism surrounding Mario Draghi’s “Big Bazooka” moves to stabilize the Eurozone through outright monetary transactions, the crisis still has a long way to go before it is resolved.

And I should be clear—it may never get resolved.

Depending on the political decisions made over the next 3 – 6 months, the Eurozone could emerge from the crisis as a stronger, more durable union.  Or, the entire European project—which has been in the works for sixty years now—could come apart at the seams.

With all of this as an intro, you might be surprised by what I say next: I’m bullish on European equities and maintain an overweight position in them in most of my client portfolios.

Let’s look at some of the bullish arguments:

It’s only fair to mention the other side of the coin.  If the bond market loses faith in Mr. Draghi or infighting among Europe’s politicians prevent them from making the institutional reforms needed to make the bailouts credible, then all bets are off.  (Just today it was announced that the German, Finnish and Dutch finance ministers had announced opposition to aspects of the bank bailout….sigh). In the event that the reforms truly break down, investors will want to not only exit their European equity positions but exit all risky assets, as this would mean a return to the risk-on / risk-off volatility we’ve had to endure for much of the past two years.