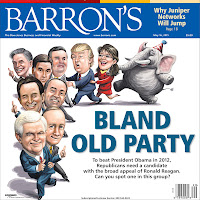 Charles Sizemore and The Sizemore Investment Letter were recently quoted in the Barron’s Market Watch column.

It has long been our view that the bull market—we would say “speculative bubble”—in gold is a product more of emotion and political ideology than actual economics.  It is also the natural result of a decade marked by two gut-wrenching bear markets, a housing bust, and the secular decline of the dollar versus all major world currencies.

Investors can be forgiven for running to gold in search of stability, but doing so today is too little too late; it’s analogous to buying insurance after your house has already burned down.  We have been seeing anecdotal signs of bubble behavior for the past year, including what we noted in the Barron’s quote:

While silver may be getting most of the attention these days, developments in the gold market are no less interesting. The University of Texas’ endowment fund recently decided to take physical delivery of nearly $1 billion in gold futures. That’s 20 tons’ worth of gold . . . .

A large, sophisticated endowment fund should be able to get the exposure it wants to gold via cheaper and more sensible alternatives like futures contracts or even the gold exchange-traded funds.

Taking physical delivery and burying it in a vault (which costs money, I might add) would seem to be based more on ideology than economics. —Charles Lewis Sizemore

Barron’s also published The Sizemore Investment Letter’s predictions in November of a continuation of the bull market that would last well into this year:

The Fed and Congress are making decisions that will have long-term implications for the health of the American economy. Eventually, we will all pay the price for loose monetary policy and deficit spending. But in the meantime, investors might as well profit from what should be a liquidity-induced bull market that should last well into the next year. —Charles Lewis Sizemore