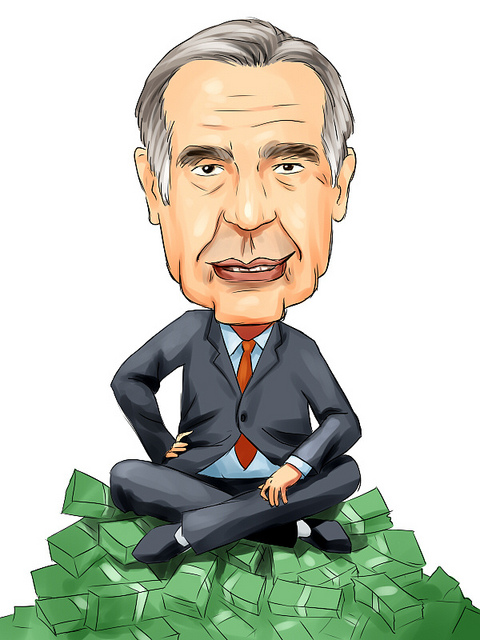 Activist investor Carl Icahn has known to… ahem… talk his book. He’s been known to talk it quite loudly in fact. If “scream your book” was an expression, that would be an accurate description of what Carl Icahn does.

So, we should probably take Mr. Icahn’s public love affair with Apple (AAPL) with a large grain of salt. Apple stock is, after all, his largest non-controlled holding, representing more than 21% of his portfolio.

Icahn said that Apple is worth over $240 per share. But a lot has changed in the past four months. China’s market bubble turned into a major bust, and the U.S. market entered official correction territory. But if Icahn is accurate, then investors buying Apple stock today should be looking at returns of nearly 120% in short order.

In his letter to Apple CEO Tim Cook, Icahn wrote.

To arrive at the value of $240 per share, we forecast FY2016 EPS of $12.00 (excluding net interest income), apply a P/E multiple of 18x, and then add $24.44 of net cash per share. Considering our forecast for 30% EPS growth in FY 2017 and our belief Apple will soon enter two new markets (Television and the Automobile) with a combined addressable market size of $2.2 trillion, we think a multiple of 18x is a very conservative premium to that of the overall market.

Let’s pick these numbers apart. Earnings forecasting site Estimize, which has an outstanding track record at forecasting company earnings, pegs AAPL’s 2016 earnings per share lower, at $9.54. So Icahn might be a little aggressive in his estimates. But still, even at the lower Estimize estimate, Apple stock trades for a very modest forward P/E of 11.5.

And we haven’t made any adjustments for the cash hoard. If you strip out the approximately $35 dollars per share in cash, you get a forward P/E of 7.9. To put that in perspective, the forward P/E on the S&P 500 is 17.5.

Now, I understand that Apple’s growth will probably slow down…a lot. With Chinese growth slowing and with no product coming down the pipeline to match the importance of the iPhone 6, growth might be very modest in the next few years ahead. But slow enough to justify AAPL trading at half the valuation of the S&P 500? Seriously, even boring, slow-growth utilities like Duke Energy (DUK) sport higher multiples. Duke sports a forward P/E of 13.9.

I think Icahn is far too optimistic about some of AAPL’s current projects. He sees an Apple paid TV service and car as being major moneymakers. Hey, maybe they will, maybe they won’t. We don’t have enough information to draw meaningful conclusions.

But it really doesn’t matter. If Apple never came out with another successful product, its current portfolio alone would make it attractive as a value stock. At these valuations, there isn’t exactly a lot of optimism built into the share price.

Back in July, I mentioned Apple as a stock with “too much” cash, and broke down the numbers. They’re worth repeating today.

If AAPL’s $203 billion in cash and marketable securities were a standalone company, they would be significantly bigger than Walt Disney (DIS) and Anheuser-Busch InBev (BUD) by market capitalization…and only about $40 billion short of Facebook (FB). Even allowing for punishing tax rates on Apple’s cash held offshore, Apple has enough cash in the bank to sustain its dividend at current levels for years … without earning a single dime in additional profit.

Yes, you read that right. Apple could simply break even for the next 10 years, not turning profit at all, and it would have enough cash to maintain its dividend. That’s not with zero profit growth. That’s with zero proft…period.

And the most amazing thing is that Apple’s cash hoard has continued to expand even while a disproportionate share of it gets dedicated to dividends and share repurchases.

Over the past year, Apple has raised its dividend by 11% and shrunk its shares outstanding by about 5%. And I expect plenty more to come.

Taking the Estimize consensus estimate for next year’s earnings and assigning a ridiculously conservative multiple of 15 gets you to $143 per share, or roughly 30% higher than today’s prices. So while Mr. Icahn might be a little on the aggressive side, I have to agree with him in principle. Apple one of the very best value plays available today.