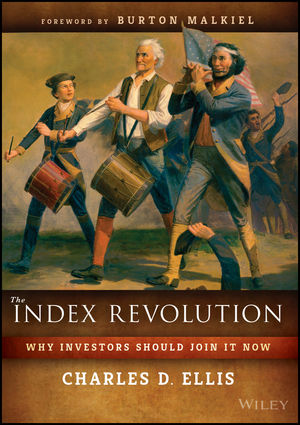 Once in a long while, you come across a research paper that fundamentally changes your thinking on a subject. Well, I had one of those moment years ago the first time I read Charles Ellis’ paper “The Loser’s Game.”

In the paper, Ellis uses tennis as an analogy for investing. Professional tennis is a “winner’s game” in that the victor wins by skillfully scoring more points. But amateur tennis is a “loser’s game” in that the victor simply wins by not losing. The winner doesn’t win by superior skill but simply by making fewer mistakes than his equally hapless opponent.

Ellis noted that investing, like amateur tennis, had become a loser’s game. With so many talented and bright professionals all attempting to outsmart each other, outperforming based on skill and research had become almost impossible. Ellis’ solution was simply to win by making fewer mistakes (and absorbing fewer frictional costs due to taxes and commissions). And for him, this meant embracing indexing.

I first read the paper in the early 2000s, though Ellis originally wrote it in 1975, two years before I was born. So it’s safe to say that Ellis has been at this game for a long time and that he was at the forefront of the shift away from active management and toward passive indexing.

The Index Revolution: Why Investors Should Join It chronicles Ellis’ intellectual journey to becoming an indexer, and Ellis is uniquely qualified to tell that story. His career spans the rise and fall of professional active investing as we know it. When Ellis first started his career a half century ago, most professional investing was done by bank trust departments and consisted of buying and holding a basket of dividend-paying blue chips for years at a time. 90% of trading was done by individual amateur investors. It was a situation ripe for exploitation in which a hotshot manager with a good research team could realistically expect to beat the market… and often did.

But by the mid-1970s, a massive influx of talented and motivated managers armed with better and better technology had swamped the market, and today more than 98% of all trading volume is done by professionals and algorithms.  And as a result, the outperformance that existed when Ellis started his career has all but disappeared. Only 17% of active mutual funds beat their respective benchmark over a 10-year period.

It’s not that the managers are incompetent. In fact, the exact opposite is true. Collectively, they are too good, and they can’t beat the market because they are the market. A stud manager is no longer competing against dentists and lawyers but against other stud managers.

The first half of the book is essentially a history lesson on the past 50 years of professional money management. Ellis dedicates the second half of the book to really making his case for indexing, highlighting its generally superior performance, lower fees, tax efficiency, etc.

He also addresses a concern of mine, though he dismisses it somewhat out of hand. Ellis absolutely has the facts on his side when he touts index funds over their actively-managed cousins. But the market efficiency that makes indexing so powerful is only made possible by the trading moves of the active managers. The professionals force the market into efficiency with their trading. So what happens when “everyone” fires their manager and dumps their nest egg into a Vanguard index fund?

Ellis points out that this hasn’t been a problem. Indexes — even large ones like the S&P 500 — have had no real issues with rebalancing, even as more money than ever is invested in passive index funds. I agree, it hasn’t been a problem… yet. But I could see a scenario in which the success of indexing drives enough actively-managed funds out of business that the market efficiency they had helped to create though fundamental research breaks down… ironically making active management profitable again. There are other secondary effects of indexing; as Bill Ackman pointed out, because index funds are passive, they are not equipped to vote proxies and accept the corporate governance responsibilities that come with being a large shareholder. Without activist investors to agitate for change, you could end up with complacent management teams running essentially every large company in America.

These are legitimate long-term concerns. Though in the meantime, Ellis’ strategy of low-cost indexing is likely the right one for most investors. My compliments to Dr. Ellis on The Index Revolution and on a long and successful career of playing the loser’s game… and winning!