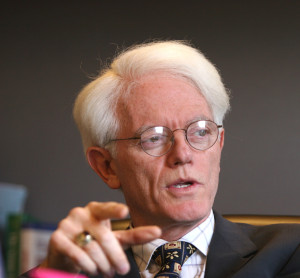 Peter Lynch is one of the all-time greats. While running the Fidelity Magellan fund from 1977 to his retirement in 1990, he generated almost hard-to-believe annualized returns of 29.2% per year. And take note that this was before the roaring bull market of the 1990s. If there were a pantheon of investing gods, no one would question Peter Lynch’s place in it.

But Lynch was also responsible for some of the most misunderstood and poorly-used words of investment advice in history when he recommended that you “invest in what you know.”

Lynch’s advice here is actually pretty solid if used right. Wall Street analysts and fund managers often never leave their elegant New York offices. Regular, everyday investors can often see a budding trend years before Wall Street simply by virtue of having boots on the ground. And new trends in consumer goods are often visible on the street months or years before they show up in the financial statements. Lynch routinely wrote over the years that he found some of his best investment ideas from trips to the mall.

But this is where good advice can go very wrong. “Buying what you know” can very quickly degenerate into buying a stock because you like its product—what I call the “Peter Lynch Bias.”

Liking the taste of their burritos is not a sufficient reason for buying shares of Chipotle Mexican Grill any more than liking their lattes is reason to buy shares of Starbucks. Peter Lynch was never that simplistic, and we shouldn’t be either.

On a related note, we need to look past the hokiness of another legendary investor, Warren Buffett. Buffett likes to play the part of a simple Midwesterner –the kind of guy that really would buy Coca-Cola stock because he likes the taste of Cherry Coke. Don’t believe it for a second. It’s an act. Buffett is one of the sharpest financial minds in history, and he didn’t build Berkshire Hathaway into a financial empire with such sentimental nonsense. He did it by having discipline and buying the shares of great businesses when they were reasonably priced.

So, how can we avoid the Peter Lynch Bias?

Simple: By staying emotionally detached, having a process in place and sticking to it.

By all means, follow Lynch’s advice by looking for emerging trends on your next trip to the mall. But before you pull the trigger to buy or sell something, make sure you’re following your process.

Here are a few practical suggestions on avoiding the Peter Lynch Bias:

One size does not fit all here. But whatever investment discipline you follow, don’t allow your enthusiasm for a product to cloud your judgment.

Charles Sizemore is the principal of Sizemore Capital Management. As of this writing, he was long AAPL.