In an acknowledgement of the glaringly obvious, Fitch downgraded Japan’s credit rating by a notch on Monday, citing Japan’s ballooning pubic debt. 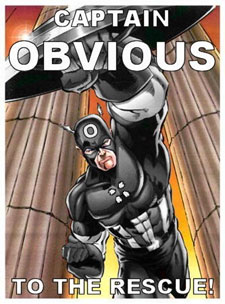 My only question is this: What took them so long?

Fitch now rates Japanese debt as an A, which is five full notches below the top AAA rating…and just a few notches short of actual non-investment-grade junk status.

The straw that seems to have broken the camel’s back for Fitch was the delay by Japan in raising its consumption tax from 8% to 10%.

Seriously? That’s where they decide to draw the line?

Japan was a solid credit before, but now, because they delayed raising taxes by two percent, their commitment to fiscal discipline is being questioned?

You might detect a little sarcasm here, but Japan’s fiscal position is no laughing matter. Japan has dug itself into a hole from which it cannot realistically hope to dig itself out. Japan won’t “default” on its debts, as they are denominated in yen and Japan can essentially print the yen it needs to pay its existing creditors. That is pretty much what is happening today, as the Bank of Japan is the buyer of substantially all new bonds being issued by the Japanese treasury.

But while outright “default” may not happen, something every bit as destructive will. Eventually, the market will turn on the yen, and the controlled decline of recent years will turn into a collapse. Sure, Japan will pay its debts. But it will be in currency so depreciated it won’t really matter.

Let’s take a good, hard look at Japan. By Fitch estimates, Japan’s sovereign debts will rise to fully 244% of GDP by year end. Whether they raise consumption tax to 10% or 110%, it’s hard to see much materially changing on the indebtedness front. Not even Greece—yes, GREECE—has a debt burden that high. At last count, Greek sovereign debt stood at about 177% of GDP.

Americans fret that their government has a spending problem…and it does. But U.S. federal debt accounts for just a little over 100% of GDP. Even during World War II, our debts only amounted to about 120% of GDP. That means today, after decades of peace, Japan’s debts are more than double the levels of the United States during the peak of the biggest war in world history.

What’s more, Japan is adding to those debts every year through chronic budget deficits. In 2015, Japan’s tax intake is expected to cover just 57% of the government budget, meaning that Japan borrows 43 cents of every dollar it spends.  Its budget deficit is expected to be over 6% of GDP this year.

Bond yields across the yield curve are close to zero in Japan; the market yield today on 10-year Japanese bonds is just 0.3%. And even at that rock-bottom yield, about 16% of Japan’s annual budget is interest on its existing debts. If Japan’s yields rose to anything close to the developed-world average—or to anything close to a level that would be commensurate with currency risk—interest payments alone would completely overwhelm the Japanese budget.

All of this sounds bad. But with diligent cost cutting and a commitment to fiscal discipline, Japan can reduce its debt load to something a little more manageable, right? Let’s just say I doubt it. If Japan were a fast-growing emerging market with a youthful population, I would say that, at least theoretically, Japan could grow its way out of its debt problem. But that is simply not the case here. Japan’s GDP hasn’t grown at all, even in nominal terms, in over 20 years (see chart above). Even if Abenomics were moderately successful in reigniting Japan’s economy (and thus far its impact has been mixed at best), Japan’s history over the past two decades should teach us to have realistic expectations.

But the biggest reason that Japan is doomed is the cold, hard math of demographics. At the risk of oversimplifying, there won’t be enough Japanese taxpayers alive a few decades from now to pay the bills. Japan is already the oldest country in the world, with nearly a quarter of the population over the age of 65. By the year 2060, Japan’s population of 127 million people will have shrunk by more than 30%. And an almost unfathomable 40% of the population will be 65 or older.

So, is there a play here?

Maybe. To start, I’d avoid buying shares of Japanese stocks, such as via the iShares MSCI Japan ETF (EWJ), for anything other than short-term trades. Longer term, Japan is looking at total economic collapse, and you don’t want to be left holding the bag with Japanese stocks. More intrepid investors could consider shorting the yen or aggressively  shorting Japanese bonds via the DB 3x Inverse Japanese Govt Bond Futures ETN (JGBD).

In any of the cases above, patience will be needed. Japan has limped along with a broken economy for nearly a quarter century. There is no guarantee that the bottom falls out today. But given Japan’s debt and demographic issues, it is just a matter of time.

Charles Lewis Sizemore, CFA, is chief investment officer of the investment firm Sizemore Capital Management and the author of the Sizemore Insights blog. As of this writing he had no positions in any security mentioned.