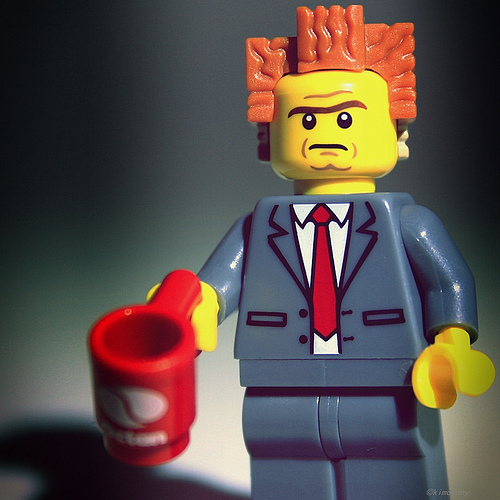 Investing is one of those rare disciplines in which it really doesn’t pay to be original. This is money, not literature, and they don’t award Pulitzer Prizes for original work.

You don’t want to mindlessly follow the herd, of course. That rarely ends well. Before you copy the trading moves of another investor, you need to do a little homework of your own, and you should always maintain an independent, skeptical mind when putting your capital at risk. But you don’t get bonus points for coming up with an original trade. Returns are returns, regardless of whose idea the trade was, so there is really no sense in reinventing the wheel.

Today, we’re going to take a look at some of the most recent major trades by some of the smartest investors in the business. Not all of these are trades I would recommend myself. In fact, at least one of them is a stock I would run away from screaming. But it’s worthwhile to track which stocks the masters of the universe are buying. Even if we don’t invest along with them on every trade, we might learn a thing or two.

I’ll start with liquefied natural gas exporter Cheniere Energy (LNG). With the price of crude oil under major pressure in 2015, energy stocks – Cheniere included – have taken an absolute beating. Cheniere is down over 40% from its 52-week high. Yet some of the smartest investors of our lifetimes are backing up the proverbial truck and loading it up with Cheniere.

Last quarter, Seth Klarman – a value investor that most other value investors consider to be an almost legendary god-like figure – increased his already massive position in Cheniere by nearly half. (See “Investing Legends: Baupost’s Seth Klarman”)

Klarman runs a highly-concentrated portfolio; so highly concentrated, in fact, that his top five stocks make up more than half the portfolio. Cheniere now makes up fully 18% of Klarman’s portfolio, and Klarman owns 22 million shares at an average cost basis of $63.57 per share.

So at today’s price of about $48 per share, you can get a much better deal than Klarman, a man universally recognized as one of the savviest value investors to ever play the game.

And Klarman isn’t the only legend aggressively buying Cheniere. Carl Icahn has been aggressively accumulating the shares and bought 27 million shares last quarter at an average price of $61.88 per share. And since the end of the quarter, he’s continued to average down, buying an additional 1.3 million in the mid-$40s. So today, you can buy Cheniere at a better price than Mr. Icahn as well.

What do these legends see in Cheniere, amidst the carnage in the energy market? They’re looking ahead. If you are a European or Asian energy importer, would you feel comfortable trusting your country’s gas supply to Vladimir Putin’s Russia or to the volatile Middle East? Me neither.

If you believer that American gas exports make sense, then Cheniere makes sense.

Up next is snack food giant Mondelez International (MDLZ), the owner of the Nabisco, Cadbury and Oreo brands, among others.

As I wrote recently (see “Coke in the Crosshairs”) junk food today is somewhat reminiscent of cigarettes 30 years ago. Regulators and activists are using junk food companies as the scapegoat for everything from childhood obesity to adult-onset diabetes.

But just as Big Tobacco stocks have often been some of the best stocks to buy despite the onslaught of bad publicity against them, junk food stocks might also represent a good opportunity. Perhaps that is Pershing Square boss Bill Ackman’s rationale for making a major investment in Mondelez last quarter. Ackman bought 43 million shares, making Mondelez his fourth-largest holding at 13% of his long portfolio.

Like Seth Klarman, Bill Ackman tends to run a highly concentrated portfolio in which he bets big on a very small handful of stocks. When it works, it works fantastically well. Ackman’s hedge fund earned returns in excess of 40% last year.

Alas, running a concentrated portfolio is not without its risks. Ackman’s fund is down about 20% this year, due in large part to its overweighted position in Valeant Pharmaceuticals (VRX).

So, is Ackman’s bet on Mondelez likely to pan out?

Based on the prices he paid, I’d say chances are good. Mondelez trades for just 8 times trailing earnings.

Up next is one of my personal favorites, consumer electronics king Apple (AAPL). Carl Icahn is probably the highest-profile Apple bull out there. Icahn has about 20% of his portfolio allocated to Apple, and he’s been the loudest voice calling for Apple to return cash to shareholders via dividend hikes and aggressive share repurchases.

But Icahn now has company from fellow hedgie David Einhorn, who increased his already enormous position in Apple by more than half last quarter. Einhorn now owns 11 million shares, making Apple about 20% of his long portfolio.

Apple, as the largest company in the world by market cap, is naturally going to be widely held by large money managers. But putting 20% of your portfolio into a single stock is a bold statement. But given the general sense of bearishness towards Apple these days, is it the right statement?

Let’s take a look. It’s fair to say that Apple is no longer the growth dynamo it was five years ago. The smartphone market, at least in the developed world, is largely saturated. So at this point, most iPhone sales are replacements rather than new purchases. iPad sales have been disappointing for several quarters, and Apple’s newer products – such as the Apple Watch and Apple Pay – haven’t been blockbusters.

That’s absurd. In a broadly expensive market, it makes no sense that Apple trades at such a deep discount. I would follow Icahn and Einhorn here.

Up next, we have Apple’s rival in the smartphone wars, Alphabet (formerly Google)(GOOGL).

2015 has been the year of the “FANGs,” in which a small handful of stocks – specifically Facebook (FB), Amazon (AMZN) Netflix (NFLX) and Google have been responsible for keeping the market averages afloat.

Perhaps this is what convinced Leon Cooperman to massively increase his stake in Alphabet last quarter. Cooperman bought 213,659 shares of Alphabet in the second quarter and then more than doubled his holdings with a 269,090-share purchase in the third.

Cooperman, who heads Omega Advisors, does not run as concentrated a portfolio as some of the other gurus I’ve covered today. But Alphabet is now his largest holding and makes up a very respectable 6% of his portfolio.

Alphabet is not particularly cheap, trading at 31 times trailing earnings. Also, and much to my chagrin, Alphabet does not pay a dividend, which I consider downright criminal for a company of Alphabet’s size.

Still, Alphabet has been one of the few bright spots this year in a market that has been mostly disappointing, particularly for value investors. If you’re a momentum investor, then by all means, buy Alphabet and ride it higher. Just be prepared to sell when the market gets fickle and turns its affections elsewhere.

And finally, we get to International Business Machines (IBM), a long-time holding by Warren Buffett. Buffett added about 1.5 million shares to his IBM position last quarter, and it is now his fourth-largest holding.

Buffett is also losing his shirt on IBM. He owns 81 million shares at an average price of $172 per share. At time of writing, IBM trades for just $134.45.

I don’t claim to be smarter than Buffett, Berkowitz or Lampert. But I don’t intend to follow them into this trade either. IBM’s business appears to be falling apart. Revenues have been falling for three straight years with no end in sight, and IBM has been slow to compete with more flexible cloud rivals Amazon, Alphabet and Microsoft (MSFT).

So, what do these storied value investors see in IBM? To be fair, it is a cheap stock at current prices, trading for just 9 times trailing earnings. But remember, those earnings are inflated by IBM’s aggressive share repurchases, and cheap stocks can stay cheap forever in the absence of a catalyst to send them higher.

Frankly, I see no catalyst for IBM right now. After the tumble the stock has taken, a dead-cat bounce is a real possibility. But if I’m going to make a long-term bet in this space, I’d put my money on Microsoft instead.