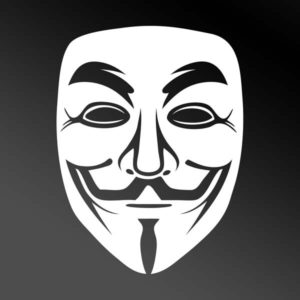 It doesn’t get a lot of press on this side of the Atlantic, but today, November 5, is Guy Fawkes Day.

In the early hours of November 5, 1605, Fawkes was found hiding under the House of Lords with a cache of explosives large enough to level the entire building. It was his plan to take out the entire government — king, ministers, parliament and all — during the State Opening of Parliament. Now that’s one way to cut government waste!

Naturally, he was brutally tortured and executed. But he is remembered, in typically dry English humor, as the last man to enter Parliament with honest intentions.

Today, the English celebrate Guy Fawkes Night with fireworks displays and by burning effigies of Fawkes or other contemporary political figures, but it’s always a little ambiguous as to whether they’re celebrating the foiling of the gunpowder plot or the murderous spirit of rebellion behind it.

More than anything, it’s an excuse to get together with friends and light things on fire… something that every red-blooded American should appreciate.

While I was studying at the London School of Economics, I enthusiastically went native and burned a few effigies myself, though to save my life I couldn’t tell you who or what we were symbolically burning.

Coming back to the present, we have a midterm congressional election tomorrow in what is the most polarized political climate of my lifetime.

My normally quiet neighborhood in Dallas is absolutely inundated with campaign signs, which is something I’ve never seen before, even during presidential elections.

Lake Highlands has always been idyllic 1950s America, a place where parents push their kids on front-lawn tree swings and people consider it impolite to talk politics.

Well, that’s changed… and not for the better. Neighbors with opposing campaign signs now flash dirty looks at each other across their perfectly manicured lawns.

I hate that. And I blame both parties for letting it get to this point. We have a Republican president that behaves like an internet troll and Democratic congressional leaders that seem to think it’s acceptable to have angry mobs disrupt the dinners of their Republican counterparts in restaurants.

A pox on both of their houses. There is no civility, and it’s made life materially worse for all of us.

As tempting as it might be, I’m not going to recommend that you follow Guy Fawkes’ lead by blowing up Washington, D.C., and murdering the entire government. Though you’d be doing the world a favor, that’s the sort of thing that gets you locked up in Guantanamo for the rest of your life.

But I do have some suggestions for you.

To start, turn off your TV. If possible, use parental controls to block CNN, Fox News, MSNBC and any other news stations. The way I see it, the caustic political bile is more damaging to impressionable young minds than violent or pornographic movies. Save your children – and yourself!

You don’t actually learn anything from watching the news. It won’t make you smarter, as the format is far too superficial to be truly informative (if you want real information, read a book or watch a long documentary).

The news won’t make you richer either, as it is rarely actionable. The news is really just a respectable-looking form of entertainment. Except unlike actual entertainment, it’s not fun or relaxing. The time you waste watching the news is time you could better spend making money or enjoying proper leisure.

Perhaps even more importantly, step away from social media. Twitter and Facebook are probably more responsible for the breakdown in civility than the politicians and pundits that use them. They bring out the worst in all of us.

At the very least, you should mute anyone who expresses political views in their social media stream… even views you agree with. Reading other people’s political rants will not add a day to your life or a dollar to your wallet. It will just put you in a bad mood and may even damage otherwise decent friendships. You don’t need to that.

In a fit of disgust a few years ago, I deleted most of my social media accounts. You don’t have to be quite as extreme as me, of course, but you can at least delete the apps off of your phone. You can still access the accounts via your computer, but you won’t be impulsively checking your phone every 30 seconds like a heroin addict.

I also advocate what I call the golden rule of the social media age. Don’t tweet or post something that you wouldn’t have the balls to say to a person’s face. It is the height of cowardice to mouth off on social media while sitting on your couch in your underwear. It’s even worse if you do so with an anonymous account.

At the very least, use your real name and post a recent picture of yourself. If you don’t want your name or face associated with it, you probably shouldn’t be saying it.

I’m not joking. There is nothing more conducive to civilized living than sharing a six-pack with a neighbor. Just make sure you actually listen to them rather than simply waiting for your turn to talk. You may not agree with them on everything (or anything), but you might find you like them anyway.

That’s all for today. A very happy Guy Fawkes Day to all my libertarian, anarchist and other assorted ne’er-do-well friends out there. Have fun tonight. Just try to avoid burning the city down.