The following is an excerpt from Best ETFs for 2018: iShares Emerging Markets Dividend ETF Is Still in the Race.

If there is a dominant theme in the Best ETFs for 2018 contest, it would seem to be “Go America!” and specifically “Go American tech!” 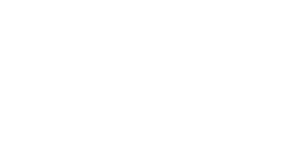 The Market Vectors Semiconductor ETF (SMH) is leading the pack, up 7%, and four of the top five places are all held by ETFs specializing in tech or biotech.

But we still have a long way to go in 2018, and tech is starting to show signs of breaking down as we finish out the quarter. I expect my pick – the iShares Emerging Markets Dividend ETF (DVYE) to ultimately take the crown.

The U.S. market has been the undisputed winner of the post-2008 bull market. Since March 2009, the SPDR S&P 500 ETF (SPY) is up about 240%. The iShares MSCI EAFE ETF (EFA) and the iShares MSCI Emerging Markets ETF (EEM) — popular proxies for developed foreign markets and emerging markets, respectively — are up 111% and 142% over the same period.

But with that outperformance has come major overvaluation. The U.S. market is the most expensive major market in world based on the cyclically adjusted price/earnings ratio, or “CAPE” (only tiny Denmark and Ireland are more expensive). The U.S. market trades at a CAPE of 31 … which is the level it reached in late 1997, in the midst of the dot com bubble.