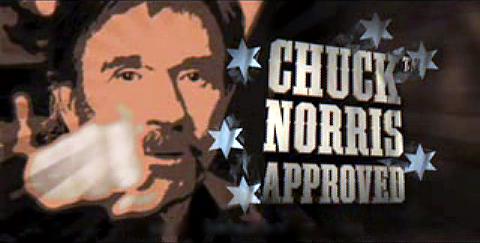 Actor and martial arts legend Chuck Norris quoted me in a piece he published today about the aging of the Baby Boomers: Chuck Norris Bows to Healthy Seniors.

The entry into “senior” membership in this country is rarely looked at as something to be celebrated. “Over the Hill” novelty items have long been a thriving industry – from gift boxes featuring prune juice and anti-aging soap, to birthday cards mocking the mobility, intellect and sex drive of the no-longer-young. It’s good for a laugh. Others see it differently, as a sign of the need for a deep-rooted change in society’s view of aging. As, in a society so captivated by youth culture, a form of dismissing a club that they, if they’re lucky enough, may one day be a member.

By 2060, people 65 and older will constitute one in every four U.S. residents, roughly 98.2 million people. Of this number, 19.7 million will be 85 or older. Accurate information and continued and accelerated research on the aging process are critical as we age as a population. We also cannot forget about the mass of reinforcements on the way. According to Baby Boomer Magazine, every eight seconds a Baby Boomer in this country turns 50.

According to the American Geriatrics Society, only about 10 percent of U.S. medical schools require work in geriatric medicine. As the oldest of an estimated 77 million baby boomers approach their 60s, the elderly and their concerns can be expected to inevitably move higher on the national agenda. According to John Rother, policy director for the AARP, a major change on the perception of aging is on the way…

“The Boomers, as a generation, were the single most important economic force of the past 70 years,” adds Charles Sizemore, chief investment officer of Sizemore Capital Management in Dallas. As more Boomers cross the line into senior citizenship, Sizemore believes that this powerful shift in demographics will reshape America’s society and economy.

It’s hard to believe Mr. Norris is a senior citizen himself. But I also heard that Chuck Norris fought Father Time… and won.

You can read the full article here.

I can now cross “Being quoted by Chuck Norris” off of my bucket list. Have a great weekend.