Ladies, if your man was acting weird last night we got your answer 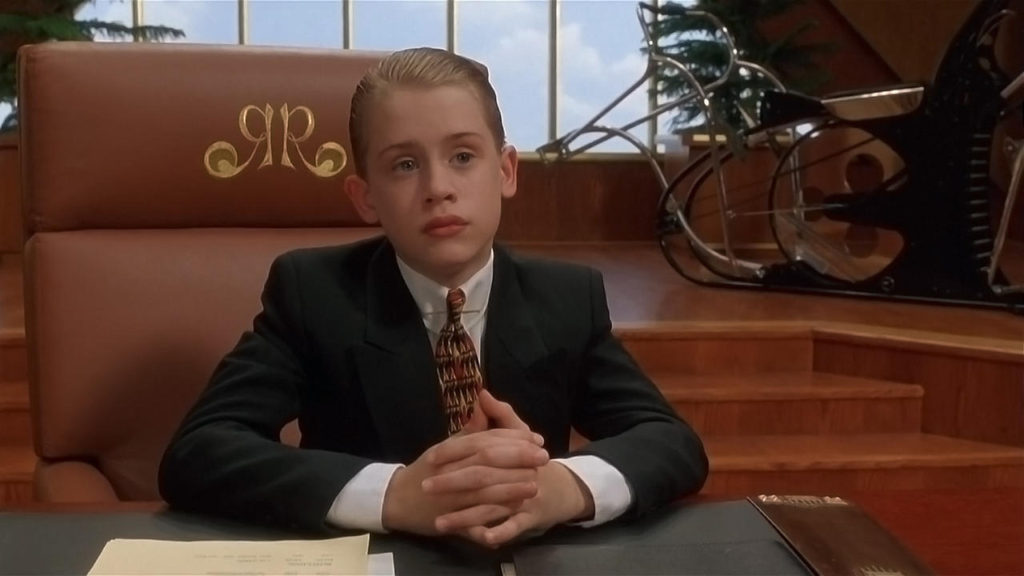 My oldest son, Charles, is seven years old and still has only a nebulous idea of what I do professionally. He knows I “go to an office to make money” and that this involves staring at a set of monitors all day. But he has no real clue as to what I’m actually doing when I’m squinting at the screens and pounding out orders, and I can tell that he’s too embarrassed to ask.

Every boy ought to understand what his old man does for a living. So, last night, I decided to sit him down and explain it.

Me: “Charles, do you understand what I do at work?”

Me: “Right, right. That’s what everyone does at work. But do you know what I actually do when I’m in the office?”

Me: “Well, our family owns a tiny little piece of the Nintendo company.”

At this point, I really have his attention. A little light flips on behind his eyes; suddenly my son feels pride in being the owner of a little piece of Super Mario Brothers and Zelda.

Me: “The Nintendo company is dividend into millions of pieces called ‘shares of stock.’ We own some of those.”

Me: “You understand what a market is, right?”

Me: “Exactly. There is a market for shares of stock — the stock market — and that is where I buy the little pieces of the Nintendo company. That’s what I do at work. I help other families buy little pieces of companies that I think will make them money.”

By now, the wheels in his head are really turning. He turns away for a minute, lost in thought, before turning back to me with a very serious look on his face and his hand balled into a fist.

Son: “But Dad, if we only have a little piece of Nintendo… why don’t we buy a lot more and then DESTROY the other owners?”

He pounded his fist on the table for emphasis.

I didn’t have a good answer for him other than “Son, it’s not a win/lose game with the other investors. We can all make money together.”

Clearly, my son is not destined to be a passive indexer. He appears to have the killer instinct of hedge fund master of the universe.

I usually steer clear of politics, keeping my beat to the economy and markets. But this is just too good to pass up. Canada’s prime minister Justin Trudeau offered a warm, heartfelt eulogy to the recently deceased Fidel Castro… a repressive dictator responsible for the impoverishment of Cuba and the misery of millions across Latin America and beyond. The roasting he has taken in the media and the hashtag it inspired — #trudeaueulogies — is priceless.

Here are a few of my favorites:

Although flawed Hitler was a vegetarian who loved animals, was a contributor to the arts & proud advocate for Germany. #TrudeauEulogies

As we mourn Emperor Caligula, let us always remember his steadfast devotion to Senate reform. #trudeaueulogies

Today we mourn the loss of Hannibal Lecter, a man whose hunger for humanity was never satiated #trudeaueulogies

While a controversial figure, Robespierre led France w/ a clear vision & firm resolve while others were losing their heads #trudeaueulogies

#trudeaueulogies Though his home life was controversial, Henry VIII will be remembered for his support of the institution of marriage.

#trudeaueulogies Though he was not without his detractors, Pontius Pilate was a believer in judicial impartiality.

#trudeaueulogies Though a controversial figure, Timothy McVeigh will be remembered as a tireless crusader against big government.

And perhaps my favorite:

While controversial, the Borg always aspired to egalitarianism and inclusiveness, accepting all race and culture. #trudeaueulogies

I don’t make a habit of taking financial advice from loan sharking gangsters. In fact, I don’t know that I’ve ever actually had a conversation with a loan shark. And I value my kneecaps far too dearly to ever actually solicit their services. But once in a while, even a scumbag hustler can have a remarkable piece of insight.

In case you haven’t seen it, The Gambler, which came out two years ago, is really an underrated movie. Mark Wahlberg is the lead, but his character – a degenerate gambler that resorts to taking loans from the underworld to fund his habit – is such a miserable person, he’s actually hard to watch.

The real star of the show is John Goodman, who plays a gangster that threatens to murder Wahlberg’s family if his debts aren’t repaid. The interaction between the two is priceless… if perhaps a little salty… and actually has some of the best financial planning and risk management advice I’ve ever heard.

Gangsters don’t exactly run your credit report at Experian before offering you a loan. But they do an assessment of sorts on their borrowers’ ability to repay. They are businessmen, after all… and the primitive forbearers of the modern banker.

So as Wahlberg approaches Goodman hat in hand for the loan, their conversation goes like this:

Goodman: You drink? I don’t remember if you drink. Of course, there’s drink… and drink.

I drink, but I haven’t been drunk since Reagan was president…

I need to know if you’ve got the f***ing brains to walk when it’s time to walk. People don’t, you know. Ball players that can’t play anymore. A**holes trying to maintain a standard of living that’s not possible anymore. A lot of those around. I’ve seen you half a million dollars up.

Wahlberg: I’ve been up two and a half million dollars.

Goodman: What you got on you?

Goodman: What you put away?

Goodman: You get up two and a half million dollars, any a**hole in the world knows what to do: you get a house with a 25 year roof… you put the rest into the system at three to five percent to pay your taxes and that’s your base, get me? That’s your fortress of f***ing solitude. That puts you, for the rest of your life, at a level of f*** you. Somebody wants you to do something, f*** you. Boss pisses you off, f*** you! Own your house. Have a couple bucks in the bank. Don’t drink. That’s all I have to say to anybody on any social level.

That’s remarkably sensible advice for a man that earns his living breaking the knees of people that don’t repay their loans. You can watch his whole shtick here, and it’s priceless.

Think about it. When you owe money, you are effectively a slave. No, Bank of America is not going to murder your family if you default on a loan. But the existence of that debt limits your choices. It may keep you at a job you hate and prevent you from pursuing your dreams. The stress of having bills to pay may affect your marriage and cause discord at home. It may even affect your health. How many men literally work themselves to death trying to pay for a “standard of living that’s not possible anymore”?

The truth is that you don’t have to have millions of dollars in the bank to have “f*** you money.” In fact, wealthy neighborhoods are often full of high-income-earning people who are more miserable that the high school dropout making sandwiches at the Subway down the street because, no matter how much money they make, they can’t relax. They have very expensive bills to pay.

No, in order to have the Goodman power of f*** you, you simply need to live within your means, get your house paid off and avoid bad lifestyle habits like excessive drinking, drugs or gambling.

So my advice to you is this: with stock and bond prices looking elevated, don’t fixate on the stock market for now. Live within your means and use any excess cash flow to make accelerated payments on your mortgage. By making an extra payment now and then, you can turn a 30-year mortgage into a 20-year… or even less.

Get out of debt and avoid the temptation to upgrade to a bigger house. At the end of the day, you don’t really need it. In the 1960s, families of six somehow managed to live in 1,900 square-foot houses without killing each other. Your family of three really doesn’t need 3,500 square feet to live in, and it’s certainly not worth working yourself into an early grave.

Follow Goodman’s advice. Pay off your house. Avoid drinking to excess. And smugly give the middle-finger salute to the Man. 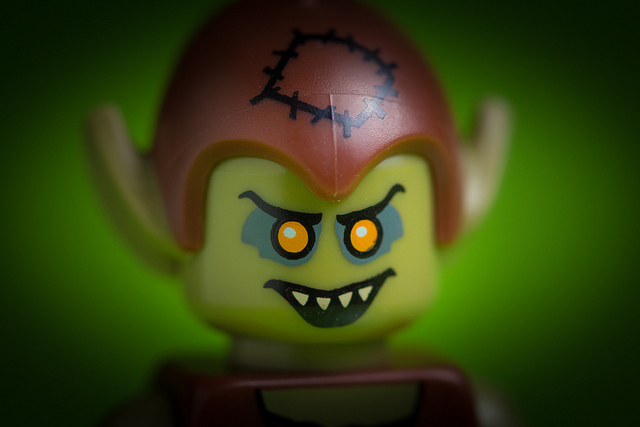 You have to hand it to internet trolls. While their negativity can sometimes be a little abrasive, at least they… they… well, actually, I think of a single positive thing to say about them. They don’t add anything constructive to a conservation, nor do they create anything of their own. They just seem to take pleasure in dragging down the work of others.

At any rate, I wrote a piece for Forbes this week on looking beyond the traditional 60/40 portfolio (see The 60/40 Portfolio is Dead, And It’s Not Coming Back). My point was simple enough: With stock and bond prices both inflated, it makes sense to look elsewhere. He’s a sampling of the hate mail I got in response:

You are an idiot and I’m glad you don’t manage any my money.

Well, good that we got that settled.

This article is so bad I actually registered with Forbes just to register my dismay. Don’t give your money to cowboys like this selling moonshine and snake oil.

“Wow. A good reminder why when I see CFA after someone’s name, I run in the opposite direction.”

You don’t have to run fast. Most of us are pretty out of shape.

Sizemore’s “advice” should come with a warning label: “Snake Oil”

What is it with these people and snake oil? Besides, have you SEEN the medicinal benefits of snake oil? I sell pills out of the trunk of a 1986 Lincoln Town Car, by the way.