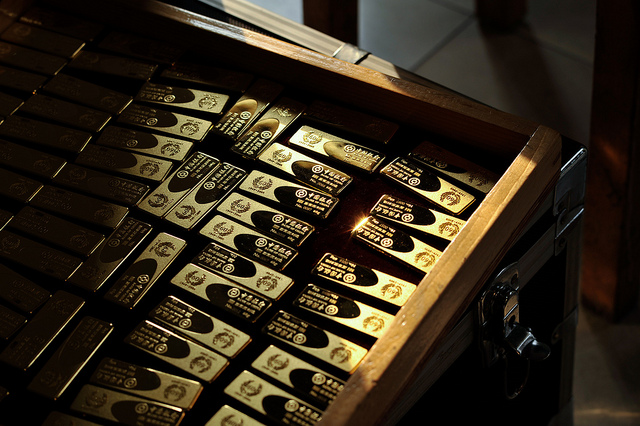 When it comes to investing in gold, there’s more than one way to skin a cat. You can buy gold futures … or a gold-linked exchange-traded fund. You could keep a few coins in your sock drawer. Or you could go the tried and true route of burying it in mason jars in your backyard along with your emergency rations and ammo cache. You know, just in case.

For example, gold held for short-term speculation has very different considerations than bullion held as a long-term hedge or as crisis insurance.The form in which you hold this yellow metal will largely depend on why you own it in the first place. There is no “best” way to own the yellow metal. The way that is most sensible for you will depend on a variety of factors, including liquidity needs, tax status and privacy concerns, among others.

Today, we’re going to take a look at the various ways to own this shiny metal and why you might choose one way over another. Importantly, this is not a recommendation to buy gold. With the Federal Reserve itching to raise rates and with inflation still very muted, I’m not particularly bullish on the yellow metal. In fact, I’m actually short gold as a short-term tactical trade. (We’ll cover the ins and outs of how to short gold as well.)

But if you insist on owning gold, I’ll show you the best ways how.

Without further ado, here are five ways to invest in the yellow metal.

Gold can be easily purchased in the form of one-ounce coins in virtually any city in America. Assuming the coins are not collector’s items, they will generally sell for a very modest premium to the current spot price of gold (a little over $1,300 per ounce, as I’m writing this). So, for a little over $13,000, you could walk out of the coin store with ten, 1-ounce American Eagles, Krugerrands, etc. in your jacket pocket.

For the higher rollers out there, you can also buy gold bars in various sizes. The most common is the 1-kilogram brick, which will set you back a little over $43,000 a piece at today’s prices. If you’re a drug lord or a James Bond villain, you might prefer the Good Delivery bars used by the world’s central banks (imagine the bricks at Fort Knox from Goldfinger). But at 12.4 kilograms, they will set you back over half a million dollars a piece … and you might need to hire a minion or two to lug them around, as they weigh close to 30 pounds each.

To continue reading, see 5 Ways You Can Invest In Gold 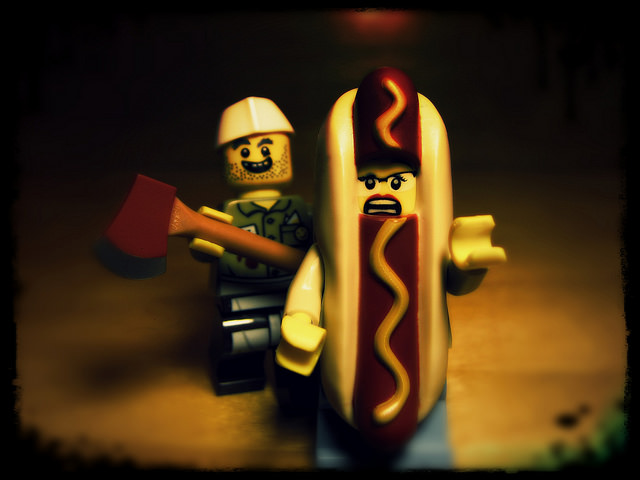 Every time I write an article on gold, the crazies come out. Gold is a quirky asset like that. For whatever reason, people get emotionally wrapped up in it. This happens with stocks too. But with gold, it goes a lot further, and it starts to resemble a dogmatic religion.

If you want get a good laugh, read the comments in a rebuttal article to my original post that was recently posted on a gold bug site. While the author of the article itself is respectful and reasonable (by gold bug standards), the comments section is a free-for-all of assorted malcontents.

Here’s a gem from “Lester”:

For starters I must commend Charles for admitting his lack of comprehension in economic matters. Then why is he given a platform just to spew disinfo, knowingly or not? It is obvious he has never worked in a gold mine, or any other kind. Even the simplest laborer has a practical understanding what gives value to the mined commodity, namely the labor expended, capital deployed and energy burned in producing an ounce of anything.

Of course, the problem with this argument is that I can expend labor beating my head into the wall, but that doesn’t actually create anything of economic value (other than perhaps entertainment for those watching). The notion that an object’s value derives from the labor used to create is actually a Marxist one.

I don’t even know what this means:

I hope Harry Dent and Charles Sizemore practice what they preach, holding not an ounce of gold or silver in their portfolios. The “old stink eye curse” of HM is upon them.

And here’s a nice conspiracy theory. I figured we’d see one of these:

Perhaps if the the Western banking-political cabal manage to hold on to their ever more corrupt power we will indeed see a much lower US gold price fix (‘fix’ in every sense of the word). Their aim is to force us all into using digital money precisely so they can rob us at the point of every transaction we make, plus once and for all demolish their biggest enemies, gold and silver. If they can make us into digital money zombies and out law gold, then yes, they will have stopped gold and silver being the only remaining safe havens from their corruption and greed.

Is this the part where I pet my Persian cat and laugh hysterically like a James Bond villain?

But seriously, who is this “they”? Last I checked, I used digital money (credit cards, ACH transfers, Paypal, etc.) because it is convenient and it facilitates commerce, particularly over the internet. No hooded cabal of dark lords of the Sith forced this on us. It’s the free market doing what the free market does.

Here’s another fun one:

Under a thin lay of earth, clay and sand the entire planet is one massive rock! Within that rock are metals, and gold and silver are two of the rarest which is the entire reason they are ideal for backing paper currencies. The experiment of doing away with those metals in our monetary systems has failed abysmally. Un backed paper money is a Ponzi scheme, nearly five decades without gold backing has proved that. Digital money backed by nothing will simply be an expansion of the Ponzi scheme, another way to keep insolvent banks alive so their hierarchy, political puppets and big corp cronies can continue to amass obscene sums of wealth at the expense of Main St. It won’t work, as poverty takes hold, Main St. will go into complete anarchy mode.

So… can you really say that our monetary system has “failed”? Under the gold standard, depressions and bank runs were more common and more severe than they are today. I’m not the biggest fan of the Fed myself. But the “good old days” of the classic gold standard really weren’t all that good. As Yogi Berra put it, nostalgia ain’t what it used to be.

The original article can be found here.