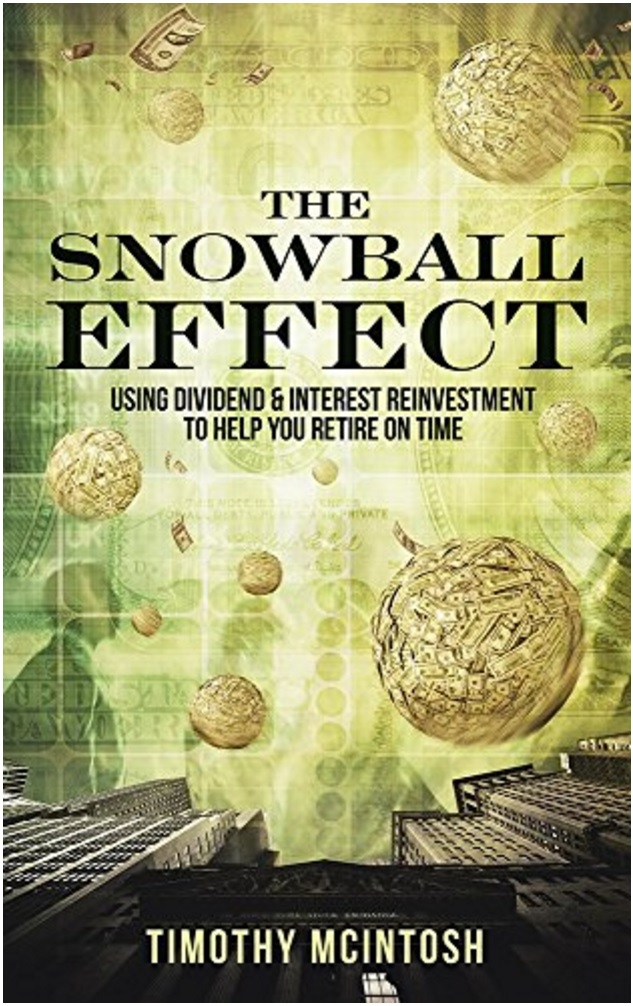 Timothy McIntosh is a man after my own heart. The Tampa, Florida-based portfolio manager and financial planner dedicated an entire book —  The Snowball Effect: Using Dividends & Interest Reinvestment To Help You Retire On Time – to expand on one of my very favorite topics: the compounding effects of dividends.

As the title suggests, McIntosh compares dividend compounding with a snowball rolling down a hill. It may not look impressive at first, but given a long enough roll, the returns can become enormous.

Yet if you include reinvested dividends, those same four periods enjoyed total returns of 6.2%, 5.5% 4.8% and 2.8%, respectively. While by no means “get rich quick” money, the returns including dividends are respectable. McIntosh also points out that dividend-paying stocks generally fall less than the broader market during bear markets. Since 1927, high-dividend-paying stocks have had a downside capture of about 80%, meaning that they have, on average, only fallen about 80% as much as the broad market averages.

It’s impossible to know with any certainty that a secular bear is about to rear its ugly head. But as McIntosh points out, high starting stock valuations are generally a reasonably good predictor of future returns. McIntosh mentioned the cyclically-adjusted price earnings ratio (“CAPE”) specifically, and I would add that today the S&P 500 is trading at a frothy  CAPE of 28.5… which implies flat to slightly negative returns over the next decade. This means that dividends are likely to have an outsized impact on investor returns for several years to come.

In later chapters, McIntosh expands beyond dividend stocks and bonds and into more active strategies such as writing covered calls. If you are new to covered-call writing – which involves selling an out-of-the money call option against a stock you own in the hopes of pocketing the premium when the option (hopefully) expires worthless – I recommend you read what McIntosh has to say on the subject. I’m a little embarrassed to say that he pointed out some tax ramifications that were new to me. For example, it is possible to inadvertently lose the long-term capital gains tax treatment of your underlying stock by selling an in-the-money option against it. Having your capital gains bumped from the lower long-term rate to the higher short-term rate can come as a nasty shock.

Finally, McIntosh ends Snowball with a 100-stock model portfolio based on his quantitative ranking of dividend yield, dividend growth and other factors. By and large, it is a solid list of dividend stocks you’d be well served to buy, hold and forget. Though if I could offer one suggestion, it might be to add an additional screen for earnings quality. You want stocks that hike their dividends based on real earnings growth, not new debt issuance or financial engineering. This would prevent habitual offenders like International Business Machines (IBM) from making the list.

All in all, Snowball Effect makes solid, effective arguments for dividend investing, and investors would be wise to heed its advice.